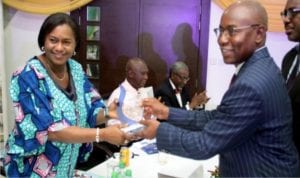 The Rivers State Government has said that the new Port Harcourt water project, billed to take off early 2017, will connect 200,000 single households to the water network and meter its usage to generate revenue for government.
The government also said that the project would provide for 35,000 communal water connections, 21,300 new and metered low income households through the social connection fund, and about 1,420 public water kiosks scattered around the coverage area of Port Harcourt City and Obio/Akpor local governments.
The Managing Director, Port Harcourt Water Corporation, Kenneth Ibiene Anga, who disclosed this to The Tide in Port Harcourt, the state capital, explained that “the water to be supplied shall be of the best quality, meeting the standards set by the Nigerian Drinking Water Quality Standards (NDWQS) and the World Health Organisation (WHO).
Anga emphasised that the project is expected to rehabilitate 180kilometres of existing pipeline networks around Port Harcourt and Obio Akpor, and also expand the network with an additional 260kilometres of new pipeline network.
“This will reach about 1.3 million customers in the total project area, which covers Borokiri, Old Port Harcourt Township, Diobu, Rumuola, Trans Amadi, Abuloma, Woji and Elelenwo (the last four areas are to be funded by the World Bank),” Anga noted, adding that, “People living in these areas shall be the first beneficiaries and they were selected as a result of their dense population and high levels of water stress.
Regarding sanitation, the managing director said, “the project shall provide 994 public toilets at markets and motor parks as well as  36kilometres of pilot sewage network”.
He stressed that the project is the first of its kind in terms of the size of the investment to any single state, and indeed, in the water sector in Africa, adding that the project, in its entirety, is funded by the African Development Bank, World Bank and Rivers State Government.
Anga stated that the project will contribute greatly towards the achievement of the sixth goal of the United Nations Sustainable Development Goals (SDGs), which aims to ensure availability and sustainable management of water and sanitation for all by the year 2030, insisting that “our people in the project areas can begin to significantly feel the impact of the investment by early 2018”.
The managing director pointed out that “prior to this time, urban water supply service in the state has been at its lowest, with residents of Port Harcourt and environs depending largely on boreholes and water vendors”, emphasising that, “the project will not only bridge the infrastructural gap that currently exists in the sector to support service delivery but also strengthen the key institutions responsible for the delivery of water supply and sanitation services in the state.
“The focus on reforms and institutional strengthening/capacity development under the project is to ensure that we have the manpower adequately trained to maintain and sustain these and future investments in the urban water sector,” Anga added.
He expressed “gratitude to the state Governor, Chief Nyesom Wike, for his leadership and kind approval of the implementation of the project; and for supporting the reforms in the sector to promote cost recovery and increase revenue collection efficiency for operations and maintenance.”
While thanking key players who made the project possible from the federal ministries of water resources and finance, for their support, Anga assured the African Development Bank (AfDB) and the World Bank that the Port Harcourt Water Corporation was committed to the full implementation of all components of the project to ensure effective and efficient water and sanitation delivery in the state.

A Little Too Late …Curbing Excesses Of Fulani Herdsmen