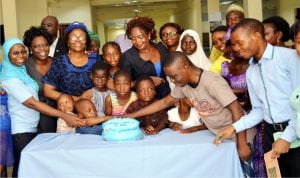 Despite the fight against
Tuberculosis (TB) and its spread by governments, non-governmental Organisations (NGOs)  and stakeholders in the health sector, there are fears that the disease shall increase in its developing rate to about 200 million new cases by 2020.
Out of this number, about 70 million people would be left in the hands of death  resulting from the disease.
The Natural Remedies  Encyclopedia, (sixth edition) revealed that the tuberclosis diseases  which is characterized by coughing, chest pain,  loss of appetite, night sweats, low-grade fever and general fatigue is caused by a highly contagious  bacteria, kock bacillus called mycobacterium tuberculosis has become a  modern plague affecting not only the lungs but other parts of the body including the kidney, bone, skin, intestines, spleen and liver.
It said “in the 19th century, tuberculosis was called ‘consumption’, for the person seemed to waste away. At the comeback and is once again becoming a modern plague. It is estimated that by 2020, there will be  200 million new cases throughout the world and 70 million people will die from it”.
According to the Encyclopedia “by  the ??? droplets are inhaled by the others, the germ enters the lungs and remains there. As long as the person maintains a healthy lifestyle calcuim shell is placed around the TB germ, to render it harmless. If the person continues to eat right, obtains enough calcium in his diet, gets adequate  rest,  exercise outdoors and breathes vigorously to keep his lungs in good health, he will not develop TB, even though the germs are in the lungs”.
While noting that the TB can  progressively worsen at a slow pace, it stated that it was best  to catch it   in  early stages and urged  for regular medical check up in the case of  any similar symptom.
It was for the reason of  showing the pace of the spread of the disease and possible  eradication that the Rivers  State Government  joined the world in March 24, to mark the World Tuberculosis Day with a call on suspected patients to report to the nearest TB facility for the symptoms of cough  that lasts more   than two weeks for check and free treatment.