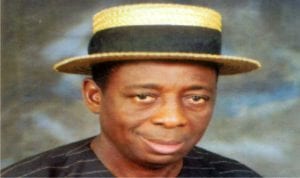 Following the downward
slide in the Nigerian economy occasioned by fall in oil prices, a tourism practitioner, Chief (Dr) Mike Amachree (JP), has advocated for the revival of the sector to stabilise the economy.
Chief Amachree said this in an interactive session with newsmen and tourism stakeholders at his newly established Brooklyn Tourist centre along the East/West road, near Rumuosi, Port Harcourt.
The elder statesman who is described as the father of tourism in Nigeria said that tourism is presently the key to Nigeria’s economy.
He emphasised that the present global economic realities have underscored the urgent need by both the federal and various state governments in the country to massively invest in the sector as it has the potentials for job creation for the teeming unemployed youths in the country as well as improve its foreign exchange earning capacity.
According to him, tourism remains the highest employer of labour in the country and second to crude oil in foreign exchange earnings.
The father of tourism in Nigeria listed ways in which the sector can be revamped to include, collaboration with private sector to identify tourist potentials as well as documenting tourist sites with the view to developing them.
Others include provision of security at tourist centres, museums and event places as well as relax entry requirements by Nigerian embassy and high commissions abroad to enable more tourists and investors to visit Nigeria.
The rest according to him include, launching of tourism development fund by state governments and the proceeds invested in the development of tourism infrastructures and assistance for tour operators who source for international tourists.
“For instance in 1990, the Plateau State government in collaboration with the private sector practitioners, the Association of Tourism Practitioners of Nigeria (ATPN) organised the launching of the Plateau State Tourism Development Fund.
“Under the chairmanship of General Yakubu Gowon, while the former Head of State General Ibrahim Babangida was the special guest of honour who made sure that all state governments were invited to make donations” he said..