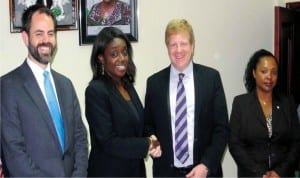 Oil workers in Rivers
State, while expressing concern over the incessant crises in the sector, have said it is only through collective effort that the issues could be resolved.
A one-time President of Trade Union Congress in Nigeria (TUC) Peter Isele, in a chat with The Tide, said the problems were innumerable and could not be solved by any one individual, union, group or government, saying, it has to be by collective efforts”.
Speaking on some of the challenges plaguing the sector, Isele stated that, corruption, subsidy payment to marketers, pipeline vandalism, crude oil theft, poor state of the refineries and policy abuse, were some of the challenges inhibiting the smooth operation of the sector.
Another respondent, Mr. Denis Tamuno, a retired oil worker identified duplication of roles and interference of supposed regulatory bodies.
According to Tamuno, “the roles of Petroleum Products Pricing Regulatory Agency, Petroleum Equalisation Fund, and Nigeria National Petroleum Corporation are interwoven at some point and seem to raise role conflicts among these groups.”
He noted that government has failed to recognise that these bodies could be merged, so as to give the workers confidence  in the discharge of their duties saying, “as it is, the workers could interpret these functions to suit themselves and come up with resistance if they perceive that their fundamental human rights were being trampled upon.”
Also responding, Mr Barry Gboele, complained that government comes up with all sorts of demands on oil companies without due consultations, which burden falls on the workers.
“Take for instance the restructuring of NNPC, how  can government tell us that we, the workers cannot be involved in the restracturing of  NNPC, but we are expected to be involved in the implementations of their decisions,” he  asked.
He added, that the issues in the oil sector could be resolved if all the stakeholders could  form a common front for the good of all involved.