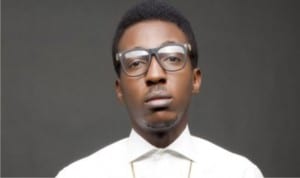 Gospel music is gaining
grounds in Nigeria and beyond. Below is a list of top 8 remarkable gospel singers in the country.
1.Frank Edwards: Frank Ugochukwu Edwards, a member of Christ Embassy Church in Nigeria is signed to the church’s Love World Records. Frank began singing at the age of ten years as he learnt how to play the piano from his father. Currently, he has four albums to his credit, with latest one ‘Tag Jam’ released in November 2011 which took Frank to the A-class of Gospel artistes.
2.Sinach: Also signed to Love World Records and a key member of the music team at Christ Embassy, Sinach has become a household name in Nigeria. She has over 200 songs to her credit, including ‘Awesome God; ‘Simply Devoted; ‘I am ready for your Spirit; Shout of the King’, All things are Possible’ and others. Sinach ministers as a vocalist and worship leader of Christ Embassy, alongside Love World Music team.
3. Lara George: Lara was a member of the former Kush group which was one of the contemporary Gospel music groups in Nigeria in the early 2000. She is regarded as one of the classiest Nigerian Gospel artistes. The Lagos born Singer started as a member of the choir at her almamater, Queens college Yaba, Lagos, and kicked off her music career as a professional in 1997. Her husband, a legal practitioner also doubles as her manager.
4.    Buchi: Born in Kaduna to Abia State parents, Buchi started out as a reggae singer while in school. He obtained a BA in english language and Literary studies from University of Lagos in 1986 and MA in 1988. He later took a lecturing job in the school while studying for doctorate degree. In 1992, Buchi gave his life to Jesus Christ at the Christ Embassy Church and has remained with the ministry till date.
His first album released in 1999 (These days), second album released in 2002 (So Beautiful), third album released in 2005 (What a Life). Buchi is married to Jane and they have four children.
5. Chris Morgan: The name Chris Morgan Abah Ochogwu, might not sound familiar, but he is the brain behind “Worship on the hills of African”, a vision that is dedicated to raising people to worship God in spirit and in truth.
The Benue State singer is no doubt an accomplished music minister, whose songs are filled with the divine presence of God, with great lyrical depth and inspiration and a great message of hope for our generation. He is based in Abuja with his wife, Queen Eunice.
6. Joe Praize: Joe Praize, singer and songwriter, also belongs to the Christ Embassy Love World, Born Joseph Omo Ebhodagne, the acclaimed Gospel Music minister who hails from Edo State released his debut album, ‘My Praise’.
7. Tope Alabi: The beautiful music minister who hails from Yewa, Imeko of Ogun State, joined the then Jesters International, a theatre group with acts such as Jacob, Papilolo and Aderupoko at Ibadan and since then, she has distinguished herself as both a talented actress and singer. She has over five albums to her credit and over 800 movie sound tracks.
8. Samsong: Born Samson Uche Mogekwu in Delta State. Samsong is one of the popular gospel singers in Nigeria. The ‘Bianule’ crooner has bagged several awards since his debut in gospel music.
He has remarkably utilized his talent in spreading the gospel of Jesus Christ across the world.