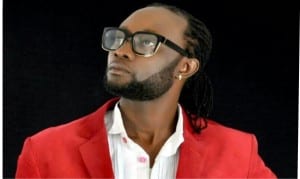 The music industry in
Rivers State has without doubt grown beyond our expectations since Nigeria got independence in 1960, the indigenous artistes have also achieved both fame and wealth.  Despite these achievements, it is not yet ‘Uhuru’ as it has been observed that the industry today is bedeviled with mirage of problems that need urgent attention.
In a recent interview with The Tide Entertainment, Asalga Rivers State born music superstar, investor and philanthropist, Kikis Tubokikibo Briggs noted that there are a lot of challenges in the entertainment industry in RiversState, particularly the music sector.  He observed that the artistes do not love themselves rather they believe in everyone for him or herself.
Mr Briggs also noted that the indigenous artistes are very lazy because once they do a song and it is aired in Radio, television stations or played in night clubs they feel they have arrived as superstars and they no longer work hard to improve on their career.  The Hip-hop maestro urged the Port Harcourt based artistes to go back to their drawing boards and reconsider their iyrics which he said is lacking in most of their songs, according to him most of the songs sound gibberish.  He said a good music should have three qualities, it must be entertaining, educative and informative, if these qualities are lacking in a song it is not complete and cannot stand the test of time.
The Port Harcourt homeboy and Niger Delta Hip-Hop music star said that the government and the private sector are not helping matters due to lack of investment and encouragement of the indigenous artistes.  He stressed that whenever there is a mega government entertainment event, the organizers bring foreign artistes to perform, even here in Nigeria they prefer the Lagos-based Artistes and pay them millions of naira.  He stressed that while the Lagos artistes are paid not less than N2 million per show their Rivers State counterparts get N20,000 or less for the same event.
The multi-talented music star maintained that the Rivers State indigenous artistes deserve a better deal in the hands of both the state government and the private sector.  The disparity in artistes fees and favouritism in the choice of artistes must stop  for the entertainment industry in Rivers State to survive, because what is happening in the music industry is replicated in the other sectors of the entertainment clan in the state such as movie, comedy etc. He said this is why most of the practitioners have relocated to other cities to seek for greener pastures.
He said in Lagos for instance, government and the private sector invest heavily in show business that is why the practitioners are on top of their game.  The University of Port Harcourt (UNIPORT) graduate of Mechanical Engineering who later embraced music after his graduation in 2006 stated that music had been his passion right from childhood.  He explained that there is a difference between potential and credential, according to him while potentials are gifts from God, credentials are qualifications attained at school.
“Early in my life I discovered that I have potential for music and I followed it with passion, though my mother never liked my idea of going into music, because she believed it would make me wayward and lead me astray, but my father Opubo S.D. Briggs thought otherwise and advised me to go ahead with my chosen career, he even wrote my first song titled “Trust Nobody” in 2006″,  he said.
He explained that the song launched him into the music industry and today he has released other singles namely ‘Iriaweh’ 2007 featuring Phyno which was later remixed and featured Timaya. Other songs include “Fine Fine Girl” released in Thailand and the video was also shot in Thailand while the most recent single was released in February this year titled “You Can Make it Naija” and the music video is currently making waves in Niger Delta and beyond.
“Today my mother is short of words concerning my achievements in the industry. I have gained popularity, wealth and fame in the industry within and outside Nigeria, I have invested in the music industry in the areas of sound, stage performance, writing and production.  I also run an entertainment outfit called Tup Kicks multipurpose,  operating in Asia, South Africa, Thailand and Nigeria and the company is engaged in music, fashion and show businesses”, he disclosed.