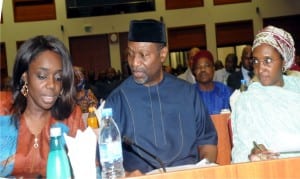 The Minister of Science
and Technology, Dr. Ogbonnaya Onu, has said that government’s patronage of locally assembled vehicles would depend largely on its local content component.
Onu who stated this while receiving the Business Development manager of Stallion Group, Mr John Abah in Abuja recently said it was a task for manufacturers and assemblers of different brands of vehicles on the 17 per cent local content capacity in its assembly plants.
The minister revealed that the ministry had over 17 research institutes that can assist companies increase local content component.
According to Onu, Nigeria has a lot to offer car manufacturers and assemblers because of the abundant local raw materials and parts that can help investors increase output.
He added that there was need for redirection in the sector in order to diversify the economy, even as he said manufacturing one car required 1000 different components.
“Government wants you to manufacture locally because if you do this you will create more jobs and double the 20,000 jobs that you have now as there are about 1000 parts in a vehicle and each part can be manufactured in a small or medium-size economy,” he said;
He added that through such a process the economy would grow and revenue will also be created.
In his remark, Abah assured the minister that the company would be sourcing over 80 per cent of its contents locally within the next three years when the Aladja Steel Mill begins production of Steel Components.
“You will realise  that we have taken over Aladja Steel and Mines Limited and we are working and hoping that with our international agencies, we will begin to produce Nigerian vehicle parts from that mill”, he said.
On the local content of its locally assembled vehicle, he disclosed that the company’s vehicle paints and leather are made in Nigeria.
According to him, at the moment, the Nigerian content in the vehicles are between 17 and 25 per cent. He added that the company is also assembling military vehicles that can withstand difficult terrain.