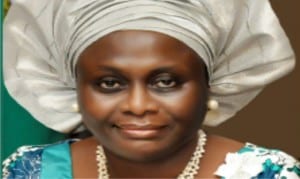 The first step to
wards achieving a positive result particularly in governance is to ensure that round pegs are put in round holes. That was exactly what Governor Nyesom Wike did by appointing Mrs Ukel Oyaghiri, a renowned lawyer, the Commissioner for Women Affairs, Rivers State.
The 52-year old Barrister, a mother and a devout Christian, is surely well experienced as far as the issues on women and children are concerned, having been into private legal practice for over 11 years where she made gender problems her top priority.
To prove the stuff she is made of, and her quest to better the lots of women in the state, barely few weeks into her appointment in December 2015, she organised a programme on “Women Empowerment and Sustainable Development” which attracted participants from all walks of life and provided a platform for people to learn more about gender related issues and how to tackle them.
In this interview with our Deputy Editor (Features), Calista Ezeaku, Barr Mrs Oyaghiri, an active member of International Federation of Women Lawyers (FIDA), reveals her plans towards ensuring, a better life for Rivers women during her tenure as a commissioner and other issues concerning women.
What are your plans for rivers women?
My plans are in tandem with that of the Rivers State Government and His Excellency, Chief Barr Nyesom Wike, (CON) and has promised a lot for women and I trust that he will carry the women along. He will empower them as much as he can. He has promised never to leave any women behind and that is also my vision as the Commissioner for the Women Affairs, to make sure that no woman is left behind.
What is your take on rape and other violence against women?
I will say straight away that there are laws that have been enacted concerning violence against women and those laws have not been accessed by women because they are always afraid of where to go back to after going to court with somebody from the same community.  They are always scared that the community they will go back to is the same community that they want to go against or that after reporting a man for abusing them, they will still go back to the same man.
There are laws on violence against women already enacted even the ones on rape but women are afraid to access them, because of stigma. But these laws are there to protect them. My advice to women is that they should take up their rights and access these laws.
Harmful widowhood practices and how to curb them?
There are laws against harmful widowhood practices but again women are afraid to access them. Women are the ones who inflict pains on widows like shaving their hair, telling them to cross the corpse of their deceased husbands making them sit on the floor for one week, two weeks. These are harmful widowhood practices that already have laws against them which women refuse to access because of fear of what will happen to them if they do so.
Women in politics?
They should not treat politics as women. They should know that going to the political arena, you have to be a man in your thinking, in your heart. In everything you do, you have to be a man. And so when you get in there don’t think you will be given anything on a platter of gold. Go take it as the men go take it. That’s what you will do. But the handicapped women have most of the time in money. They don’t really have the kind of money many men have.
Women, politics and family affairs?
You have to look at your own terrain and know what works go on there. What goes for one woman does not necessarily go for another. It depends on your terrain.
Are women in politics loose, how true?
That is not true. Women in politics are not way ward women. But in order to keep them away, something has to be told about them to make sure that they don’t come out. Any woman who is called wayward will say, “No I don’t want to be called wayward”, and she will stay back. But when they push further, and behave themselves they will suceed because there is a way you should carry yourself, it’s about carriage. You need to carry yourself well to be seen as not being wayward. That’s my own attitude. Carry yourself well. Don’t carry yourself as if you are just available. You don’t need to be available to be a woman politician.
What to be remembered for by the end of your tenure?
At the end of my tenure as Woman Commissioner, I want to be remembered for making women come out in their numbers, love one another and encourage other women to grow because that is always the problem. When people get up there, they don’t always want to take other people along. When I finish my tenure, I will be remembered for creating a platform where women carefor their the fellow women and carry them along.
That means you intend carrying out a lot of programmes?
Yes. It’s all in line with the vision of the Rivers State government and that vision is to empower women, enlighten them, educate them, carry them along as much as possible. We need to empower them because empowerment brings about confidence and that’s what the Rivers State Government wants to do for women, to empower them and give them the confidence they need.
Final words?
Rivers women should come out and love one another. Love conquers all. We should stop giving excuses and be fulfilled. They say the sky is big enough for everybody that the sky is the limit. But I want to say that for women in Rivers State, the sky is their stepping stone.