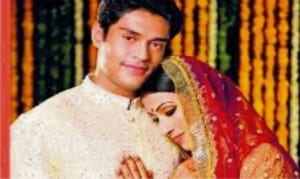 Though this year’s St
Valentine’s celebration has come and gone but a public analyst and social crusader, Binoye Sunday has criticised and condemned the so-called St Valentine’s Day that was being celebrated every February 14, of the year.
Sunday, who made the condemnation in a chat with our correspondent in Port Harcourt recently said the Roman Catholic Priest, Valentine is not worth celebrating as history had it that he died because of a woman he loved, by committing a suicide.
He said the celebration was formerly for the catholic faithful but it had gradually metamorphosed to all, include Christian faithful who now marked it compulsory to celebrate it in churches.
“I think, it is ungodly because in the Bible, there are so many persons who are morally clean to be celebrated. God called them my friends and nobody had celebrated them till today. People like Job, Moses, David, John and Nathanial among others whom Christ called “my friends” were never celebrated, and for the world to celebrate St Valentine is ungodly”, he fumed.
According to him, inspite of various versions of St Valentines love spree, there is no justification to celebrate him as even Martin Lurther King, who fought for the liberation of mankind had never been mentioned as a hero to be celebrated.
The analyst said the story of Martin Lurther King was first unveiled and should, therefore, be celebrated first before St Valentine, pointing out that in Ecclessiates chapter 7 verses 1-2 the scriptures said. A good name is better than fine perfume, and the day of death better than the day of birth. It is better to go to house of mourning than to go to a house feasting, for death is the destiny of every man; the living should take this to heart”.
He also cited 1st Corinthians Chapter 11 verse 23-31, where Christ said all Christian faithful should celebrate his death and resurrection by taking the Holy Communion which signifies his body and blood in remembrance of him, and that St Valentine has no importance to the lives of mankind or effect on humanity.
Sunday noted that even in our society, anybody who committed suicide does not deserve any celebration and wondered why for St Valentine, stressing that the Devil is gradually using other device to lure Christians to worship idol .
“It is ungodly because people used the day to commit immoralities as well as worship idols even in the churches, motels and event places,” he posited.