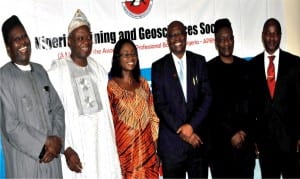 Bauchi
Minister of Youth and Sports, Mr Solomon Dalung,   has
urged youth in the country not to allow themselves to be used by some selfish individuals as retrogressive tool.
Dalung made the call in an address at the close of a one-day gathering organised by “Muryan Talakawa Awareness Initiative” in Bauchi.
He urged the youth to support and protect the present government they had voted into power to enable it succeed.
Dalung further urged them to stand up against some detractors, who were voted out of power but were still hanging on the “fence” trying to use the youth to cause havoc.
He said that the present administration would accord high priority to youth empowerment to enable them contribute their quota to the development of the country.

Governor Kashim Shettima of Borno State has com
mended the Military for their sacrifice in restoring peace in the North-East.
Shettima stated this while speaking with newsmen in Maiduguri.
“ The military has recorded tremendous achievements in the past six months, we are now consolidating the emerging peace in the state.
.“It is wrong for anyone to say that the Boko Haram are in control, yes you might have pockets of them trying to foment mischief, but eventually, we shall overcome the hiccups.
“We are all living witnesses to what is happening in Borno, you and I know that in the last couple of months Ngala was liberated by the military, so also was Bama, Gwoza, Dikwa, Mafa andso many other communities that were hitherto under the terrorists’control.

FCT
President Muhammadu Buhari has extolled the virtues of
Hajiya Fati Koko, popularly called Maitalla Tara, who passed away at age of 95 years.
This is contained in a statement issued in Abuja by Mr Femi Adesina, Special Adviser on Media and Publicity to the president.
The statement recalled that late Koko, had waited nine hours in Kebbi early 2015, to donate one million naira to Buhari as the then presidential candidate of the All Progressives Congress (APC).
Buhari described her as “a woman with a good heart, who stood by her convictions, and gave sacrificially.
“Hajiya Koko had offered virtually her life’s savings to candidate Buhari then, saying she admired his honesty, discipline, and stand for truth.’’

Kano
Kano State Road Maintenance Agency (KARMA) has
warned members of the public against construction of unprofessional speed breakers along township roads in the state.
The agency was established by former Governor of the state, Alhaji Rabi’u Kwankwaso, to ensure maintenance of township roads in the 44 local government areas.
The Managing Director of the agency, Alhaji Aminu Aliyu, gave the warning in an interview with newsmen in Kano.
He said that indiscriminate dumping of refuse and digging on the roads, among others, were putting the roads into bad shape.
“Such bad practices cause environmental degradation and are harmful to vehicle owners, when left unchecked.
“When you do things unprofessionally on roads, many damages are expected to happen and such things can cause damage to vehicles,” Aliyu said.

Kebbi
The General Manager, Kebbi State Environmental Pro
tection Agency (KESEPA), Alhaji Musa Umar, has warned farmers against bush burning.
Umar gave the warning in an interview with newsmen  in Brinin Kebbi.
The general manager said bush burning had negative impact on soil conditions, as it caused its inability to absorb and retain water.
“Bush burning reduces nitrogen in the soil, which slowed growth of crops. The act also causes air pollution and reduces quality of the soil,’’ he said.

Lagos
Traders at the Rauf Aregbesola Market, Iyana Ipaja,
Lagos, have appealed to the Lagos State Government to intervene in the impasse between them and Alimosho Local Government council.
The local government threatened to eject the traders to pave way for the demolition of the structures to upgrade the market.
The traders told newsmen in Lagos that this was the second attempt by the local government authorities to forcefully eject them from the market.
According to the traders, in 2012 when the market was under Egbeda/Akowonjo Local Development Authority, the council asked them to submit their allocation papers for an upgrade of the market.
They said that the upgrade was suspended when their lawyer challenged the council after an advice from the Lagos State Ministry of Physical Planning and Urban Development.

The Federal Road Safety Commission (FRSC), Ogun
State Command, says it has arrested over 35, 734 traffic offenders between January and December 2015, for various offences.
The Sector Commander, Mr Adegoke Adetunji, disclosed this in an interview with newsmen in Abeokuta recently.
Adetunji said the offenders were arrested for offences such as speeding, overloading, refusal to use seat belt and making phone calls while driving.
He said others were arrested for failure to use crash helmets, reckless driving and driver’s license violation.

The Head of Cassava Weed Management Project, In
ternational Institute of Tropical Agriculture (IITA), in Ibadan,  Dr Alfred Dixon, has advised farmers to avoid using blunt cutlass to cut cassava stems.
Dixon told newsmen in Ibadan that cutting the stem with blunt cutlass will damage the stem, thereby stunting the growth of tubers of the cassava.
“The edge you are putting in the soil has to be very fine such that the root will be able to come out of it.
“So, farmers need to cut with a sharp object on a soft ground; not on a stone or hard wood.
“Also, using a blunt object will destroy the point the plant will grow, thereby causing low yield, “ he said.
The cassava breeder also urged farmers to be careful with the planting measurement while planting.

Plateau
Plateau State Commissioner for Environment and Min
eral Resources, Mr Abdullahi Abbass, has lamented the pilfering of property of the state-owned Kaolin factory in Barikin-Ladi, that was gutted by fire recently.
The Commissioner, who expressed his displeasure when he visited the factory , appealed to host communities to always guard and protect government facilities.
“These facilities are in your midst and of much advantage to you, so they must be protected by you,” he told the community leaders.
Abbas was particularly angry that some hoodlums even took advantage of the incident to rush into the factory to steal some office furniture.
He expressed joy that the thieves were promptly apprehended in by the security men.

Sokoto
A member of Sokoto State House of Assembly, Alhaji
Sani Yakubu ( APC-Gudu), says he has earmarked N 800,000 for disbursement to 200 female students from his constituency who are currently studying in various boarding Secondary Schools across the state.
Yakubu stated this in Sokoto when he gave an update on his special bursary scheme for female children.
According to Yakubu, each of the 200 beneficiaries would be given N 4,000 transport money.
‘’ In the same vein, each of the female students will be given a carton of indomie noodles, a set of uniforms and a ‘hijab’ covering.
‘’ Similarly, each of them will be given a school bag, a dozen exercise books and mathematical set, among others.

Acting Chairman, Gujba Local Government of Yobe State,
Alhaji Mai Musa, said people who fled the area due to the Boko Haram insurgency, had returned to their respective communities and engaged in irrigation farming.
Musa disclosed this in an interview with the newsmen in Damaturu.
He said residents of Wagir, Nyakire, Mutai, Buni Gari, Gujba, Katarko and Garin Itace, who fled their communities had mostly returned.
“The people have engaged in irrigation farming in most of the communities, while business activities have picked up in the village markets,” he said.
The chairman said except Buni Yadi, headquarters of the local government, most of the communities had returned and engaged in various means of livelihood.
“As you know, Buni Yadi, has since been liberated and occupied by the security but, they have yet to be authorised by the residents to return ,” he said.