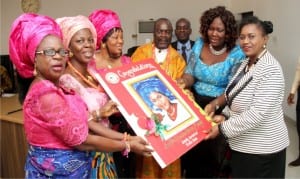 Detectives from the Rivers State Police Command, yesterday at about 5 am stormed the criminal hideout in a slum called Ibadan Waterfront in Port Harcourt, the Rivers State capital,  and arrested four criminal suspects.
The state Police Public Relations Officer, Ahmad Muhammad, said the police, acting on a tip off, arrested four suspected criminals and recovered five AK-47 rifles.
The Police Command said it got information from a patriotic citizen about a suspicious movement at Ibadan Waterfront.
A quick response by police teams led to the arrest of four suspects namely, Francis Anderson, 38, Gift David, 18, Richard Toria, 23, and a lady, Barikwa Godspower, 32.
Items recovered from them include five AK-47 rifles, six magazines and 120 rounds of 7.62mm live ammunition.
Other items also recovered from the area include two Toyota Camry vehicles with registration numbers MUS 583 DF, and SMK 577 BZ.
The police public relations officer said suspects are undergoing interrogation.
Meanwhile, the Presidency, yesterday, put in place strict measures to forestall terror attacks at the Presidential Villa, Abuja.
The Chief Security Officer (CSO) to President Muhammadu Buhari, B. Abubakar, in a circular dated 26th of January, 2016, with reference number C-in-C/CSO/LTU/558, directed all tinted cars and other vehicles to be thoroughly searched.
According to him, most of the major attacks by terrorist groups around the world against high profile targets were done with hijacked vehicles or tinted vehicles.
The circular titled: ‘Use of tinted cars around the Presidential Villa, Abuja’ reads: “It has been observed that some staff of the Presidential Villa driving tinted cars, especially security personnel, are in the habit of refusing to wind down their windscreen for security checks before driving into the Villa.
“It is most worrisome that some of them used the excuse of either driving official cars or driving VIPs to justify their acts.
“This act, which is not in tandem with standard security drill and procedure, poses serious threat to the safety and security of the Villa.
“It is important to note that the insistence of security operatives at the pilot gates to properly screen vehicles coming into the villa whether tinted or not tinted, official or unofficial is not out of place.
“Therefore, there is need for all to subject themselves and their vehicles to security checks as the case may be, so as to prevent unscrupulous elements from exploring the situation to launch attacks on the Villa.
“Moreso, that most of the major attacks by terrorists groups on high profile targets around the world are being carried out using hijacked vehicles or vehicles with tinted glasses,” he stated.
He urged Heads of units/departments to advice personnel working under them to always subject themselves to proper security checks and should not take the duties of security personnel for granted.

US Condemns Suicide Attacks On IDPs