Following the rumours
making the rounds that Rivers State Government is currently nursing the plan to merge its two teams, Sharks and Dolphins, a grassroots coach, Mr. Prelious Ngeribo said we did not support the idea.
He stated that merging the two tennis would not give enough opportunities to expose upcoming players in the state saying that playing in top flight league home advantage to bring players to limelight.
Ngeribo said thus in an exclusive interview with Tidesports, yesterday in Port Harcourt, adding that the move will alos create high level of unemployment in the state.
According to him, instead the merger government should reduce the number of backroom staff and retain only 35 players in each team to drastically reduce cost.
“Sharks relegation should not be the yard stick or informed the idea of merger.
Yes I am aware that government spent much money to run the two premier league clubs. The management of both teams are not also helping maters. I know that almost every year the teams sell players, those monies should also be used to settle match allowances, bonuses and jersies” Ngeribo said.
He continued that government should also scrutimized budgets from the managers, and ensure judicious use of the monies released to run the clubs.
“Honestly merging the two clubs would have adverse effect on the state, because most of our indigenes would not have opportunities to play national team as they may not be exposed.” He stated. 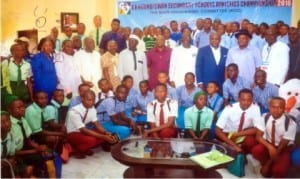