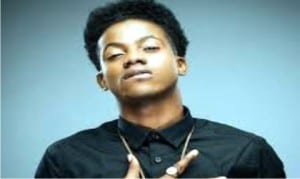 These are songs that bring
back that longing sense of nostalgia that makes you crave for a Nigeria before the Civil War. Thanks to these kings of highlife music even the young generation can listen to it and are on the music playlists of a lot of Nigerian weddings home and abroad.
Highlife  is life! Meet our African Kings of highlife music. Enjoy!
10. Celestine Ukwu
Celestine Obiakor was born in 1940, Efik,  Onitisha, Nigeria. Celestine was a hit back then and was on the verge of a  national breakthrough when the Nigerian Civil War brought touring and recording to a grinding halt. He re-emerged in 1970 with Philosopher’s stone.
He released his biggest hit money palaver in 1976. He died later the same year.
9. Sunny Okosun
Sunny Okosun  born in January 1, 1947 in Enugu, Sunny who was from Edo State was one of the leading Nigeiran musicians from the late 1970s to mid 1980s.
He formed his first band. The postmen, in Enugu in 1965 and joined Melody Maestros, a band led by Victor Uwaifo in 1965. From 1972 to 1974 he led a group known as Paperback Limited and then formed a newband, Ozziddi.
Some of his popular songs are Fire in Soweto, High life and Which Way Nigeria. Okosun continued his career in music as a gospel musician in the early 90s.
He died aged 61 of Colon Cancer on 24 May 2008.
8. Tunji Oyelana
A former lecturer, Tunji Oyelana was born in October 4, 1939 and is credited with having sold the most albums by a Nigerian High Life musician.
He composed the song, I love my country with Nobel laureate Wole Soyinka. Both were charged with treason in 1996, and forced into exile by Sani Abacha, while touring internationally with Soyinka’s play the beatification of Area Boy.
7. Orlando Owoh
Originally born as Stephen Oladipupo Owomoyela in February 1932, in Osogbo, Orlando was a notable highlife musician and band leader. He was shifted from the carpentry trade in 1958, when he was hired by Kola Ogunmola Theatre Group to play drums and sing.
He went on to form Dr Orlando Owoh and his Omimah Band in 1960 and Dr Orlando Owoh and his Young Kenneries Band in 1975; and over a musical career of forty years became one of the leading proponents of highlife music. He had over 45 albums to his credit.
Some of his well known song include, Yellowe Sisi, Ajokodun bi ile, Ololufe gba temi, Omo Pupa and No friend/Aiye Lokun.
6. Prince Nico Mbarga
Prince Nico Mbarga was born to a Nigerian mother and a Cameroonian father in Abakaliki on January 1, 1950. He is renowned for his hit song Sweet Mother, recorded with his band Rocafil Jazz, as well as Aki Speical.
Prince Nico Mbarga’s style of Highlife is a mixture of Soukuos of the two Congos, Makossa of Cameroon, and of course the Guitar Highlife of Nigeria.
5. Jim Rex Lawson a.k.a Cardinal Rex
Cardinal Rex was born to parents of Igbo and Kalabari descent in 1935.
He played with Sammy Obot, Bobby Benson, Victor Olaiya Chris Ajilo, and other Ghanaian and Nigerian musicians and bands. With the majors band, they recorded the hits: So alateme, Yellow sisi, Gowon Special and Jolly Papa.
He’s  renowned for hit songs like; Yellow Sisi, Love Mu Adure and Sawale. Sawale was remixed by Flavor to make the popular hit song, Nwa Baby (Ashawo).
4. Victor Olaiya
Victor Olaiya was born to a wealthy family on the 31st of December 1930, in Calabar, Cross River State, and is the 20th child of a family of 24. He hails from Ijesha-Ishu in Ekiti State.
In 1954 Olaiya formed his own band, the Cool Cats (later the All Star Band), playing popular highlife music. His band was chosen to play at the state ball when Queen Elizabeth II of the United Kingdom visited Nigeira in 1956 and later to play at the state balls when Nigeria got independence  in 1960 and when Nigeria became a republic in 1963. On the latter occasion, Olaiya shared the stage with the American jazz musician, Louis Armstrong. During the Nigerian Civil War of 1967-70, Olaiya was given the rank of a lieutenant colonel (honorary) in the Nigerian army and his band played for the troops at various locations. The cool cats later travelled to the Congo to perform for United Nations troops.
3. Dr Sir Warrior
Christogonus Ezebuiro Obinnaa was born in 1947 in Imo State, the ultimate Dr Sir Warrior, was the leader of the Oriental Brothers International Band which was famous in the Nigerian Igbo highlife music scene for several decades.
He began performing at the age of 11, when he joined  men’s choral group specialising in a music form known as Ese. By 16 he had achieved fame for his voice and performance of Ese music.
He introduced the Oyorima concept, which is an Igbo word that means a refined feeling of rhythmic movement and balance.
It is said that the Oriental Brothers played a very important spiritual role in keeping many Igbo sane as they were severely traumatised by the civil war.
2. Oliver De Coque
Popularly known as Oliver De Coque, Chief Dr Oliver Sunday Akanite was born on April 14, 1947 and hails from Ezi nifite in Anambra State. He recorded more than 73 albums to his credit making him the most popular High life king of Africa.
His music band group Ogene Sound Super of Africa, blended modern high life and traditional Igbo music. He started playing music at the age of 17 with Ekpili.
1.Chief Stephen Osita Osadebe
Born in March 1936, in Atani, a city in Anambra State, he came from a line of singers and dancers. His career spanned over 40 years and he has written over 500 songs, half of which were commercially released. His popular hits include: Osondi Owendi (meaning “one man’s meat is another man’s posion”. Nwannem Ebezina, Kedu America and Onuigbo.
Osita later died in St. Mary’s Hospital Waterbury, Connecticut on 11 May 2007.

I Never Went For Rehab, But Seclusion –Majek Fashek

Rivers State-born singer, Duncan Mighty has survived a car accident while travelling to Uyo, Akwa Ibom State.
The self-acclaimed Port Harcourt First Son, on his Instagram account, thanked God for saving his life and Nigerians for praying for him.
He revealed that on January 2, 2022, his vehicle drove straight into the river after a failed brake.
He wrote, “God bless you for your prayers. 2nd January on our way to Uyo, our vehicle drove straight into the river after a trailer on a high speed failed brake, was the last thing I can remember.
“Next is seeing myself in the hospital. God made, no be man made.”

The 64th Grammy Awards has been postponed indefinitely amid an unprecedented wave of COVID Omicron variant.
Recording Academy announced that the awards was postponed indefinitely for safety reasons.
The awards show had been scheduled for January 31; no new date has been set yet.
CBS and Recording Academy in a statement said holding the show on January 31 simply contains too many risks given the uncertainty surrounding the Omicron variant.
Part of the statement read, “After careful consideration and analysis with city and state officials, health and safety experts, the artist community and our many partners, the Recording Academy and CBS have postponed the 64th Annual Grammy Awards Show.”
CBS noted that the health and safety of those in our music community, the live audience, and those who tirelessly work to produce the award show remain our top priority.
“We look forward to celebrating Music’s Biggest Night® on a future date, which will be announced soon,” the statement read.

The 2021 Yuletide celebration in Emohua Community, Rivers State was funfilled amidst glitz and glamour as the good people of the ancient town came out in their numbers to celebrate Christmas and new year under a peaceful atmosphere with gratitude to God and Ohna Sergent Awuse for a hitch free yuletide as the town literally turned to a carnival city.
The weeklong activities which started from December 23rd 2021 kicked off with the Ohna Awuse cup competition which featured six teams named after different countries. At the grand finale on January 4th 2022, South Africa defeated Ivory Coast with a lone goal and went home with the golden cup and N250,000 cash, while the second position went to Ivory Coast with a cash prize of N150,000, Egypt took third and got N100,000.
Speaking at the event, the Chairman, Organising Committee of the tournament, Mr Nnebuchi Woleru, thanked Ohna Awuse for sponsoring the tournament which has been in existence for the past six years. He described the soccer event as a unifying factor among the youths as the players were drawn from the eight villages in Emohua town. He stressed that they decided to name the teams after countries to avoid acrimony and rancour as was witnessed in previous tournaments.
According to Woleru, the football event helped to ensure peace in the community and contributed in curbing the menace of youth restiveness cultism and other social vices among the youths. He thanked Ohna Awuse for his foresight and for ensuring peace in the town.
Ohna Awuse noted that the purpose of the competition was to encourage the youths to discover and harness their potentials, promote peace and unity among the youths and to change the negative narrative and conduct for which they were known in the past. He thanked them for their peaceful conduct throughout the competition.
Ohna Awuse also ushered in the new year by hosting Ohna Emohua, Eleru-urie, Emohua Council of Chiefs, widows and the youths. He noted that 2022 was a year of peace, unity and freedom as he called for all hands to be on deck to move Emohua to the next level of development and peaceful coexistence.
The yuletide also witnessed masquerade displays and carnivals by the eight villages of Emohua. Speaking at one of the masquerade displays the Chairman of Ohna Mele Masquerade Dance, Mr Ifeanyi Iroh, thanked Ohna Awuse, Barr Chima Obinna and others for sponsoring the masquerade dance which he said had given them a sense of belonging and had helped to promote their age long culture and tradition.
Also speaking the youth Chairman and coordinator of Mgbuetor Carnival, Mr Anachor Emenike noted that the purpose of the carnival was to entertain the youths during the festive period and the carnival symbolises unity, peace and love among the youths. He thanked Hon Collins Amegl Opuel Wordu and other sponsores of the event for making their dream come true and urged others to emulate their kind gestures.