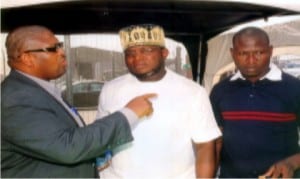 The Nigeria Union of Petro
leum and Natural Gas Workers (NUPENG), has kicked against the Federal Government’s approval given to the Minister of State, Petroleum, Dr. Ibe Kachikwu, to commence the final phase of the restructuring of the Nigeria National Petroleum Corporation (NNPC) that would result in the disengagement of the union members working in the corporation.
Speaking to The Tide last Friday in Port Harcourt, the Union’s National President, Comrade Igwe Achese, said the union would resist the proposed retrenchment and embark on a joint protest with the senior staff union PENGASSAN if the minister carries out any retrenchment exercise.
Achese said the union would not fold its hand and watch it members thrown into the unemployment market as a result of inconsistent policies of the Federal Government in the oil and gas sector.
The union’s president warned the management of the NNPC against the continuous violation of the extant labour law of the country by the NNPC Management current policy to engage casual workers.
He said that the NNPC workers should be commended for their dedication and commitment to their jobs even while working with obsolete equipment in a challenging environment considered very hostile to the workers.
The union leader advocated for a meaningful dialogue among the various stakeholders in the oil and gas sector on how to proffer solutions to the myriads of problems facing the sector.

IPMAN, Others Back Removal Of Fuel Subsidy 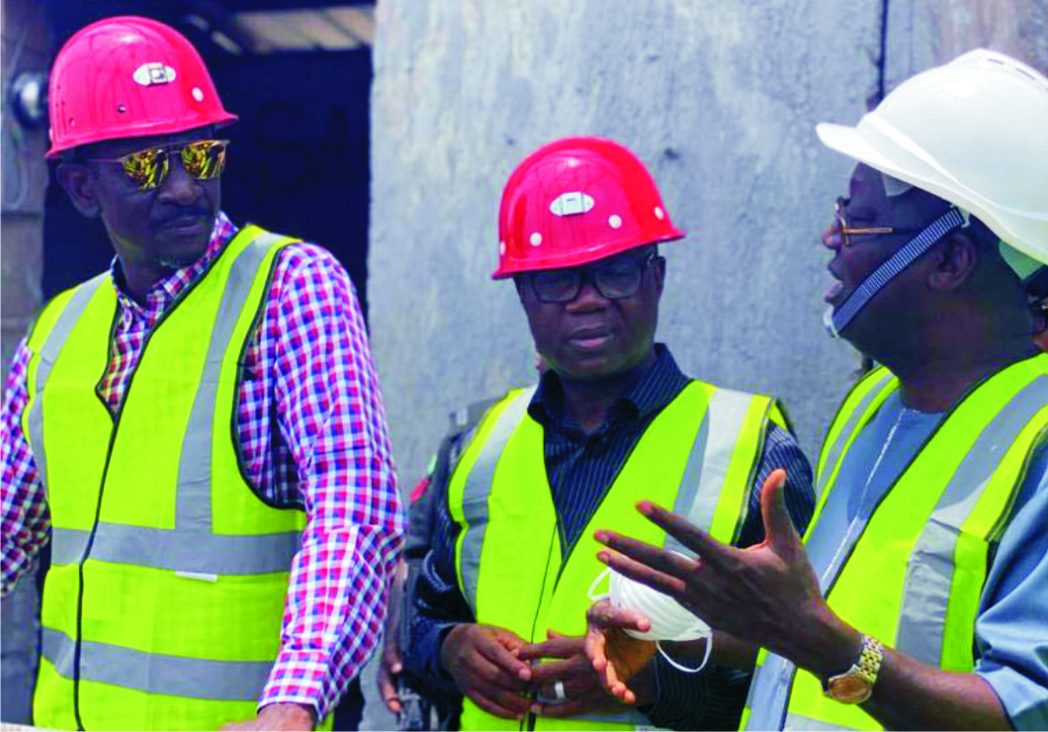 Some stakeholders in the petroleum sector have hailed the removal of fuel subsidy by the Federal Government, saying it would benefit the nation’s economy in the long run.
The stakeholders told The Tide source in separate interviews in Lagos that the crash in the price of crude oil in the international market had provided the government the opportunity to stop subsidising the product.
The Group Managing Director, Nigerian National Petroleum Corporation (NNPC), Mr Mele Kyari had on Monday said the era of fuel subsidy was gone forever in Nigeria.
“There would be no resort to either fuel subsidy or under-recovery of any nature. NNPC will play in the petroleum marketplace, just like another marketer in the space.
“But we will be there for the country to sustain the security of supply at market price,” Kyari had said in the programme aired by Africa Independent Television (AIT).
President, Independent Petroleum Marketers Association of Nigeria (IPMAN), Mr Chinedu Okoronkwo, said the removal of fuel subsidy would allow more investors to come into the sector.
Okoronkwo said: “This is what we have been asking the government to do because there is really no need for government to be subsidising fuel annually with huge amount of money.
“These funds could have been channelled into providing critical infrastructure and health care for Nigerians which we are now seeing due to the Coronavirus pandemic.
“With the removal of subsidy, more modular refineries will come up. We already have Dangote Refinery in Lagos which will soon start operations.
“Also the Waltersmith Modular Refinery in Ibigwe, Imo State, is almost near completion. This means we won’t need to be refining our crude oil outside the country.
“The government should let the market forces determine the price, going forward and allow the private sector to be involved in the process.”
Also, Mr Wilson Opuwei, an oil and gas expert, said while the removal of fuel subsidy was good, it should, however, not be a knee-jerk reaction by the government.
Opuwei, who is the Chief Executive Officer of Dateline Energy Services Ltd, said there should be a timeline and also eligibility criteria to determine those who would participate in the process.
“Once they are able to do all of that and understand the overall gain for the country, that is when we will know we are going somewhere,” he said.
He expressed optimism that the removal of the subsidy would be sustained even if crude oil price increases at the international market in the coming months.
Programme Coordinator, Nigeria Natural Resource Charter (NNRC), Ms Tengi George-Ikoli said the group in its 2019 benchmark report had decried the spending of N750 billion on fuel subsidy in 2019. 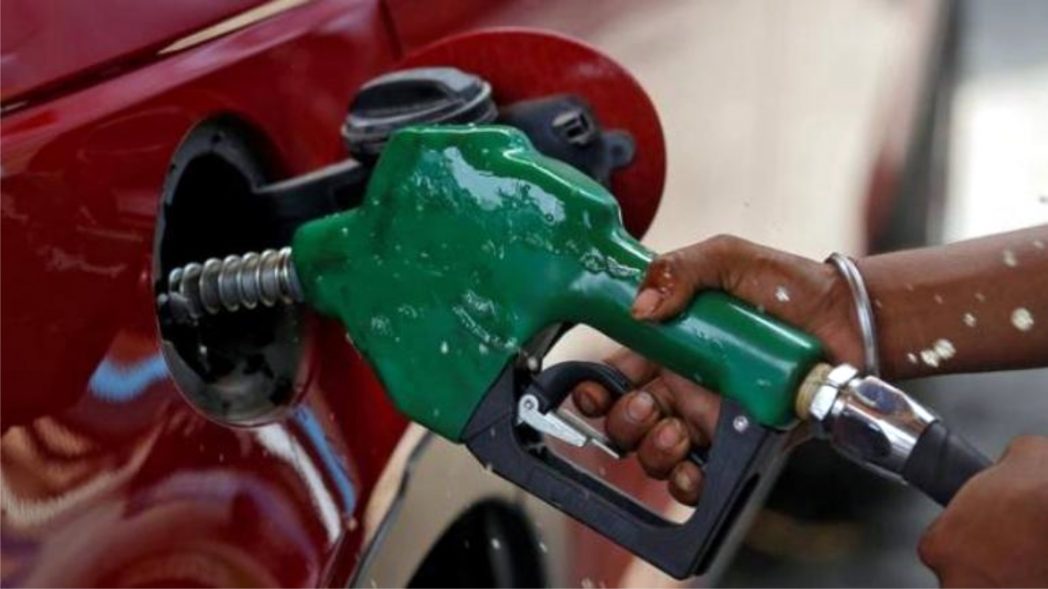 Sequel to further reduction of fuel pump price from N125 per litre to N123.50 by the Federal Government, some Port Harcourt residents have decried the non compliance of petroleum dealers in Rivers State to the new pump price.
Some of the residents who interacted with The Tide complained that the filling stations in the State were still selling at N125.00 and urged the dealers to adjust to the new pump price without further delay.
A public analyst, Mr James Okogba, said the petroleum dealers in Rivers State had no excuse for not adjusting to the new pump price, pointing out that business is about profit and loss.
He noted that petrol dealers were in the habit of adjusting their price faster whenever there is an increase in pump price, but give flimsy excuses when there is reduction
Meanwhile, Dr Goodluck Nwibari of the Elechi Amadi Polytechnic, Port Harcourt, in a phone chat with our correspondent, enumerated several instances when pump price was adjusted, especially during the Obasanjo administration and dealers adjusted immediately.
He said that the last increase from N97 to N145 by this administration greatly favoured dealers which they adjusted immediately, but wondered why they find it difficult to adjust to the new N123.50 per litre.
The Tide reports that the Federal Government had recently reduced the pump  price from N145 to N125, and further reduced it to N123.50 last week.
Our correspondent who went round Port Harcourt to observe the situation, reports that virtually all the filling stations in Port Harcourt, including the mega station at Lagos bus stop, were still selling at N125.00 per litre as at yesterday.
Most of the petroleum dealers who pleaded anonymity hinged their non compliance on high rate of loading at the depot to transportation, administrative depot renewal, among others.

SON Warns Against Substandard Imports, Use Of Logo 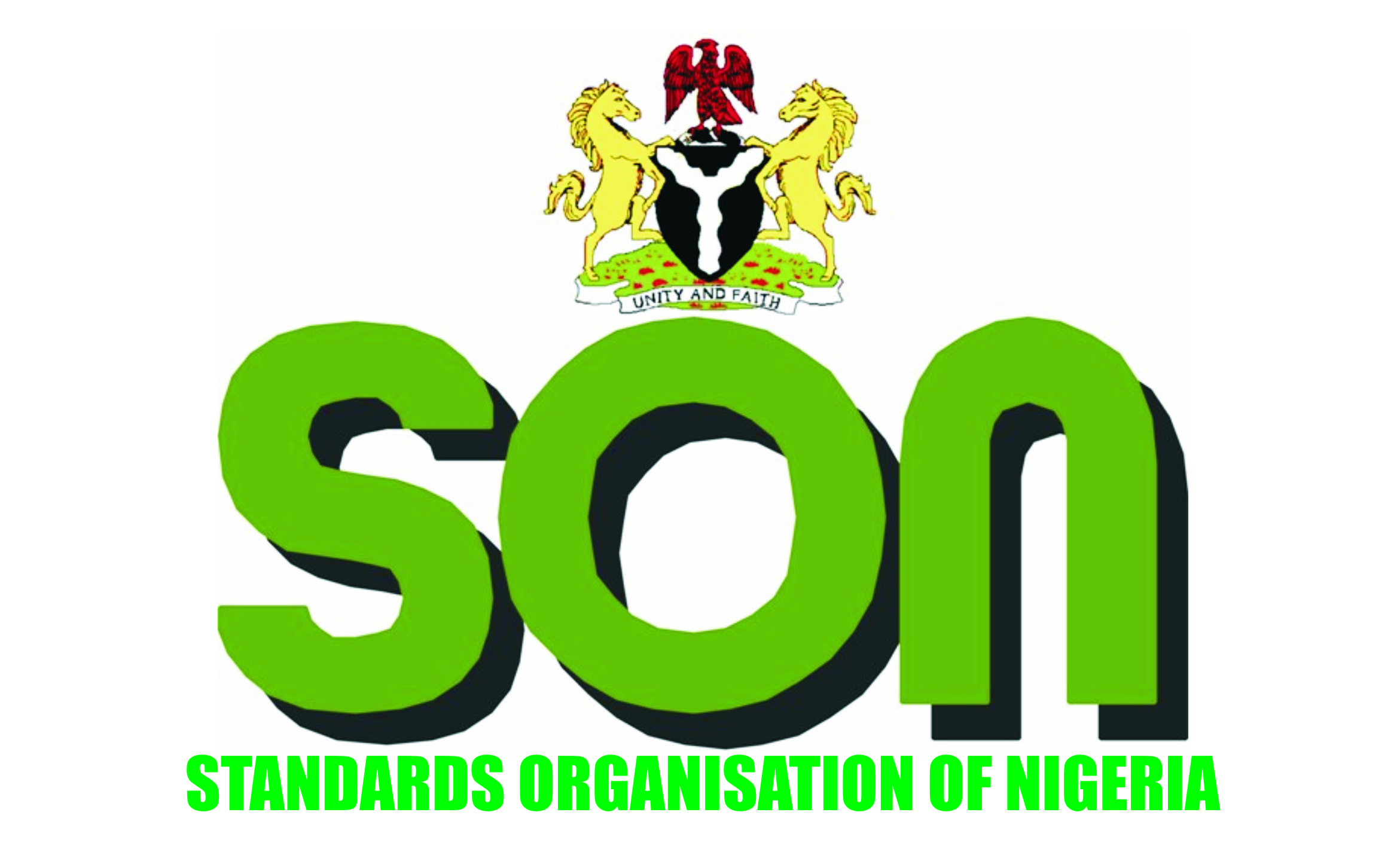 Amid the growing problem of importation of sub-standard products, the Director-General (DG), Standards Organisation of Nigeria (SON), Osita Aboloma, has warned importers against the use of its logo to deceive the public to sell their goods.
He gave the warning at the workshop for members of the International Market Association Electronics (IMAE) in Lagos, which had as its theme, ‘Promoting self-regulation to eradicate substandard electronics from Nigerian markets.’
Aboloma, who was represented by the SON’s Director in charge of its Lagos Office, Kabir Mohammed, decried the act, saying it is unacceptable and fraudulent, assuring that culprits would be prosecuted.
Mohammed promised that SON would continue to ensure that substandard goods were reduced to the barest minimum. He urged dealers in electronics products to align with bringing in goods as Completely Knock Downs (CKDs) and Semi-Knock Downs (SKDs) for assemblage  and branding.
“You are belabouring yourselves for promoting and selling another man’s products for over four decades. It is about time you owned your brand and we have the standard to support you.
Holding this meeting with you is to bring standards to the door step of the trader and importer, because this market has customers from even outside the shores of the country.
So, when you apply standards, it will boost your trade, and impact on the nation’s economy through wealth creation and employment opportunities,” he explained, adding that the association should engage in self-regulation so as to mitigate the influx of substandard goods in the country.
Aboloma said the level of compliance to standards by importers had improved significantly, and reiterated that the body would intensify efforts at increasing its level of engagement with the public on the negative impact of substandard goods in the country.
Similarly, the Director, Inspectorate, Compliance and Directorate, SON, Obiora Manafa, advised the dealers to register their brands with SON, saying that as far as their products were successful at the safety parameters and market requirements, their goods would be patronised.
“We are also telling them that it is good for them to create their own brands instead of faking successful brands,” he said. He said from available records, SON has observed that most of importers and traders bring in substandard products which has failed to meet the prescribed standards.
The Head, Ports and Borders, SON, Yahya Bukar, explained that in spite of the organisation’s connection to the Nigerian Integrated Customs Information System (NICIS), SON could only view documents on the platform, but could not examine containers easily except invited by the customs.
“We sometimes view a document, but the information of the document is different from what we have in the container, most of the times it is difficult to judge whether these goods meet our requirements since we do not have access to these containers and we cannot be able to verify the declaration,” he said, adding that some clearing agents try to connive with the importers to circumvent the laws.
He stated that the SON was  prepared for the African Continental Free Trade Agreement (AfCFTA), but stressed the need for the SON to be positioned at the ports for Nigeria to be competitive when the trade deal commenced.