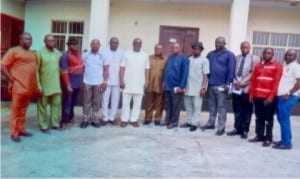 As Sports Writers Association of Nigeria (SWAN) Rivers State Chapter holds her election tomorrow, chairman of the election planning committee, Gabriel Nwanetanya, has advised members to be peaceful during the exercise.
Nwanentanya, gave the advice yesterday in an interview with Tidesports in Port Harcourt.
According to him, members are expected to conduct themselves properly during the election.
The eleco chairman, further advised members to maintain absolute tranquility as they vote, saying that, election is not a do or die affair.
“I urge members to be peaceful during the event to ensure a hitch-free and fair election which should not be seen as a do or die case,” he said.