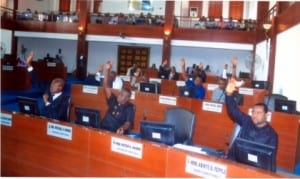 A tourism expert, Mr
Johnpaul Ezeani has said that proper harnessing of community-based tourism (CBT) would help to generate income that can lead to economic development in the communities.
Ezeani who is a tourism consultant told newsmen in Abuja said that such moves would also alleviate poverty, as well as create employment that would increase tax paid by workers.
He noted that harnessing both the natural and cultural tourism potential would bring about sustainable tourism development in the communities.
He also said that the high level of poverty which remains a major problem in achieving millennium development goals could be tackled by the additional income generated by the sector.
“ The decisions about tourism activities and development must be driven by the host community.’’
He said that no country of the world today could afford to reject the significance of tourism to its economic, social, political and cultural development.
“Countries of the world have become aware of the numerous benefits accruing from tourism and are working more than ever before to develop the industry.
“Tourism accounts for the largest volume of migration of people all year round and unlike in other industries, tourism industry takes the customer to the product, rather than the product to the customer.’’
Ezeani said that CBT had a unique potential to carry investment directly to the local level and make significant contribution to rural development.
“ CBT can help to boost agricultural and social development and ensure community enrichment. “It is a type of tourism in which local communities invite tourists to their communities, having provided overnight accommodation and other facilities for the expected visitors.
“Tourists come in contact with the local habitat and wildlife, participate in different cultural festivals and enjoy the traditions and cultures of host communities.
“This type of tourism aims to upgrade the living standard of the local residents as well as generate revenue through community initiatives and/or self development projects.
“Such projects like construction of bridges, roads and town halls and rural electrification, sign posts/road signs, among others,’’ he said.
Ezeani said that it was natural that income generated from tourism was used to conserve the resources of nature as well as renovate and build new facilities to consistently encourage increased tourist influx.
“Part of the income generated should be set aside for projects which will provide benefits to the community, maintain and upgrade cultural assets like archaeological ruins, historical sites and traditional craft production.’’
He stressed the need for tourism to become community based and for members of the community to have some development initiatives through self-help projects.
“Such community development initiatives include building of schools, town halls, construction of feeder roads and drainpipe systems, electricity, water projects, establishment and maintenance of local markets.
“Generally, community based tourism avails tourists the opportunity to know the social, cultural and religious practices of the host.

NIA Wants Insurance Operators To Play By The Rules

NSE Capitalisation Up By N69.739bn