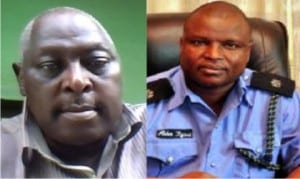 No Sacred Cows In War Against Corruption -RSG