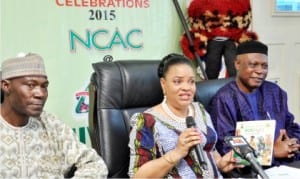 Mobil Producing Nigeria (MPN), a subsidiary of ExxonMobil, says it has contributed N160 billion to the Niger Delta Development Commission (NDDC) since its inception in 2001.
The MPN Manager, Media and Communications, Mr Ogechukwu Udeagha, disclosed this in Uyo on Wednesday at a two-day capacity building workshop for newsmen in Akwa Ibom.
The workshop, which was sponsored by Mobil, has the theme: “Professionalism, media ethics and responsibility in sustaining democracy and deepening oil and gas operations reportage.”
Udeagha said that the company had contributed over N16 billion to infrastructure development in Akwa Ibom in the last three years.
He said that as a major player in the oil and gas sector, the company had sponsored annual athletics championships and science quiz for secondary schools in Akwa Ibom.
The manager said that the company also offered scholarships to undergraduate and post graduate students as well as sponsorship of Graduate Assistance Programme (GAP) for unemployed graduates.
Other programmes sponsored by the company included refresher training for primary and secondary school teachers and economic empowerment programme for women.
He announced that Mobil would assist the state council of the Nigeria Union of Journalists (NUJ) in building its mini-club house.
Udeagha appealed to the media to remain professional, ethical and socially responsible in the reportage of oil and gas business, given the global crash in oil price.
The chairman of the occasion, Prof. Udoudo Ekanemesang, said media practitioners were very powerful people that could make or mar the world.
Ekanemesang, who is the Vice Chancellor of Obong University, the first private university licensed in Akwa Ibom, urged the media to uphold the responsibility to educate the public seriously.
“The media is the guardian of public interest. The media invariably is expected to hold elected officials and political office holders accountable for their actions or in-actions.
“The press has another social responsibility of promoting human rights; everyone’s human rights, especially during periods of political uncertainty,” Ekanemesang said.
He advised the media practitioners to adhere strictly to the ethics of the profession by being fair, truthful, factual, and of high integrity in the reportage of events.
The Speaker of the state House of Assembly, Mr Aniekan Uko, urged journalists in the state to shun sensational reportage and outright falsehood.
Uko said that the house would always support ethical media practice in the state.
He called on the state council of NUJ to discipline erring journalists, especially those working for private local tabloids in the state.
The state Chairman, NUJ, Mr Patrick Albert, thanked ExxonMobil for sponsoring the workshop, describing the company as a responsible organisation.
He said that the council was delighted to have the workshop for its members to inculcate in them the need for ethical practice.
Albert promised that the union would disown any journalist that flouted the professional code of ethics.