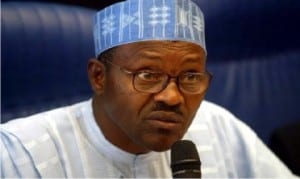 Analysts observe that
the crises of funding the education sector gave birth to the establishment of Education Tax Fund in 1993 which later metamorphosed to Tertiary Education Trust Fund (TETFund).
“In the beginning, the fund was saddled with the responsibilities of revamping, rehabilitating and revatilising infrastructural facilities in tertiary institutions.
“The mandate later covered other areas of need in the universities, polytechnics and colleges of education sectors,’’ analysts observe.
They note that although the fund is mandated to concentrate its interventionist services on the enumerated areas, it should extend its interventions beyond infrastructural development to other service areas.
The fund derives its revenue from the two per cent Education Tax via the Federal Inland Revenue Services that remits the amount collected to the account of the fund.
In the distributing of the fund, 41 per cent of it goes to the universities, 30 per cent to the polytechnics while colleges of education take 29 per cent.
The distributions are essential in the provision of physical infrastructure and equipment, library development, academic staff training and development.
Irrespective of the scope of TETFund intervention, the Vice-Chancellor of Federal University of Technology, Akure, Prof. Adebiyi Daramola, insisted that the fund should extend its intervention in tertiary institutions to critical infrastructure.
According to him, capital votes for the development of critical infrastructure such as roads, optic fibre for internet and hydro-power plant projects from government are inadequate and there is need for TETFund’s intervention in that regard.
He insisted that the fund should take its interventions beyond infrastructure that had direct bearing on teaching and learning.
“We are saying that those infrastructure are very important, we don’t even have enough of them; but at the same time some critical infrastructure are needed to boost the existing ones.
“We need power to run any decent university; we need investment in water provision for the environment to be decent enough, we need fibre optic for internet access and, of course, we need good roads,’’ he said.
The Vice-Chancellor, in an interview, stressed the need for the provision of such critical infrastructure to boost teaching and learning.
“Since every university is a community on its own, it would also be helpful if TETFund could help with the provision of students’ accommodation,’’ he said.
He, nonetheless, admitted that tertiary institutions in the country would not function well without interventions from TETFund.
However, the Vice Chancellor, Federal University, Oye-Ekiti, Prof. Isaac Asuzu, said contractors handling projects for the new universities were contributing to inadequate infrastructure in tertiary education sector.
He said in an interview that contractors handling various projects had been delaying by giving excuses in spite of the huge money released to them by TETFund.
Asuzu urged the Federal Government to increase TETFund’s budget and advised TETFund to ensure effective implementation of its projects.
But  the Executive Secretary of TETFund, Prof. Suleiman Bogoro, insisted that the fund had its mandate and could not function contrary to it.
He said “the fund is commissioned to financially empower higher institutions in Nigeria to fulfil their mandate through the provision of essential physical infrastructure for teaching and learning.
“Provision of instructional materials and equipment, research, book development and publication, academic staff training and development.
“Other needs essential for the improvement of quality and maintenance of standards in the educational institutions.’’
He further noted that since the TETFund Act was amended in 2011, it had invested hundreds of billions of naira in tertiary institutions across board — universities, polytechnics and colleges of education.
“Through these funds, we have been able to rehabilitate and upgrade laboratories of 51 federal and state polytechnics.
“We have constructed micro-teaching laboratories in 58 federal and state colleges of education.
“We have trained and developed close to 10, 000 academic staff both locally and internationally and supported 29 institutions to develop and publish research journals both locally and internationally,’’ he said.
He observed that the Nigerian education system was often characterised by decrepit infrastructure, deteriorating equipment and facilities, under-equipped laboratories, inadequate textbooks and other teaching materials.
He insisted that the academic institutions had an important role to play, especially in light of the heightened expectations for federal and state tertiary institutions.
“It is clear, of course, that simply investing more money into the system is not itself an answer; how that money is spent matters greatly in creating a strong and vibrant education sector.
“In 2013, TETFund allocations to universities, polytechnics and colleges of education stood at N31.338 billion, N12.950 billion and N12.550 billion respectively.
“These are supposed to complement their Capital Allocations and Internally Generated Revenue.
“Somehow, TETFund intervention funds have remained the guaranteed source of capital allocations in public tertiary institutions in the past two decades,’’ he said.
He observed that availability of funds had never solved all the problems and challenges in tertiary institutions.
“Our recent experiences have shown that the challenges of quality of governance, political interference, corruption and moral degeneration and unethical practices have emerged as very serious issues that all of us, including the various unions in our institution must address,’’ he said.
All in all, he insisted that key stakeholders must be convinced that inclusive and qualitative education reinforced by responsible management in our educational institutions are in  dispensable.
Dore is of the News Agency of Nigeria (NAN).