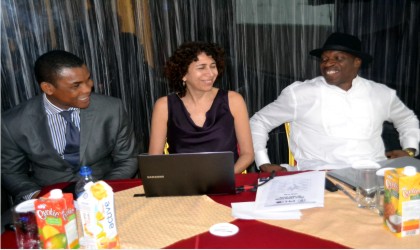 The Lagos Chamber of Commerce and Industry (LCCI) has called on the Central Bank of Nigeria (CBN) to review its foreign exchange policy for imported goods.
The LCCI made the call in a statement signed by its Director-General, Mr Muda Yusuf, which was made available to newsmen in Lagos, yesterday.
The chamber disapproved of the apex bank’s policy which restricted 41 imported goods from accessing foreign exchange from the bank.
It said that the policy would serve as a disincentive to the Nigerian manufacturing sector and the economy.
The statement said that the restricted items included critical elements of the manufacturing process of many firms, across sectors in the country.
“The policy means that manufacturers who require any of the 41 restricted items as inputs and raw materials for their production may have to simply shut their operations once their existing stock is exhausted.
“The LCCI understands the CBN’s constraints and circumstances, as it drew up this policy.
“It, however, appears as if the formulation of the policy has suffered from the CBN’s limited understanding of the manufacturing process of many of the sectors affected by this policy.’’
The CBN on June 23 said that it was imperative to exclude importers of some goods from accessing foreign exchange.
It added that the directive was aimed at encouraging local production of the items.
The chamber, however, noted that the policy was ambiguous as the restricted items were not well-defined and specific.
It stated that the ambiguity had plunged both manufacturers and banks into confusion regarding the intent of the CBN.
It, therefore, urged the apex bank to amend the policy with full product definition, specification of all restricted items, including their HS Codes and excluding any items which are non-substitutable industrial raw materials from the list.
The chamber, therefore, called for appropriate time frames for items which required some interval before local substitutes can be created for imported raw materials.
It reminded the CBN and the Federal Government that manufacturers had yet to recover from the losses they suffered due to the recent currency devaluation.
“Compounding recent devaluation losses with higher costs and the complete inability to source critical raw materials may push many firms over the precipice.
“This may result in business closures, job losses, declined manufacturing sector production and greater social tension.’’
It urged the CBN and the Federal Government to consider palliatives and incentives to prevent such a scenario.
The chamber stated that the fundamental forces the apex bank was struggling against were economic and fiscal policy dependence.
It said the Bank continues to exert monetary policy tools almost to a point in which economic harm may result.
The chamber, therefore, listed the fundamental factors as: diversification of the economy in terms of exports and government revenue, issues around the deregulation of the downstream oil sector and the fiscal regimes of the upstream oil sector.
Others are the power sector’s efficiency, creating alternative economies in solid minerals, agriculture, manufacturing and a robust export-driven economy.
“These matters cannot be resolved through exclusive deployment of monetary policy tools.’’
The chamber added that harmonisation of CBN policies with other government agencies was critical, to avoid cross purposes and for economic development.
It, therefore, urged the apex bank to avoid policies that may produce oligopolistic and monopolistic outcomes, which the chamber noted, were at variance with its mandate of building a sound economy.
It recalled that on July 9, LCCI organised a stakeholders’ forum on the policy, which was attended by representatives of the CBN and the organised private sector, including the manufacturing sector.
The chamber said that the outcome of the forum formed the basis of the forum’s communique for government’s immediate action.
It, therefore, urged for increased engagement and consultation between the CBN and the private sector, for adequate understanding of the impact of its policies on the manufacturing sector.