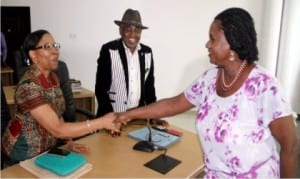 Host communities to the Italian oil giant, Nigerian Agip Oil Company (NAOC), last Monday, paralysed the firm’s operations following sharp disagreement between the communities and management of the firm over the possible cause of the recent devastating explosions.
While the communities were insisting that the blasts were caused by equipment failure, the company alleged possible sabotage either included internally or externally.
The deadlock in negotiation was, however, broken by the Rivers State House of Assembly, which promptly set up an ad-hoc committee to look into the immediate and remote causes of the explosions.
The Committee, Agip and representatives of host communities, however, resolved to visit the site of the blasts last Monday to see and assess the site and its impact on the people and the environment.
The legislators and affected host communities were, however, on the visit allowed into restricted areas of the facility as their cameras, phones and other electronic gadgets were not allowed to record or take shots of the devastated site where the blasts occurred.
At the end of the Joint Inspection visit (JIV), the lawmakers sued for peace, and urged the host communities to lift the blockade and allow Agip to commence operations while negotiations continue.
Speaking to the aggrieved leaders, women and the youth, the committee’s Chairman, Hon. Isreal Egwuelu, said that the committee had resolved to invite all the warring parties to the Assembly today for further dialogue.
Egwuelu noted that it was highly regrettable that such disaster could not be averted early enough, and empatised with Egbema people and landlords over the impact of the blasts on the environment and on the means of lifelihood of the people.
He explained that the team will report its findings to the Assembly which will take a final decision on the matter.
He promised to reach relevant bodies and government to possibly send relief materials as palliatives to cushion the effects of the explosions on the people.
Similarly, the state Commissioner of Police Mr. Chris Ezike yesterday met with the leaders of Egbema and Agip’s management for a parley to ensure peace and security of lives and property.
The meeting was, however, deferred to next Tuesday to allow Agip send proper representation.
Earlier, the Nzeobi of Egbema, Nze G.E. Amuda while responding to the address of the Assembly’s ad-hoc committee Chairman noted that Egbema people were running out of patience and were tired of Agip’s antics, and may resort to self-help to protect their lives and the environment.
Eze Amuda called for quick action, especially as it relates to immediate relief materials to the people from Agip, National Emergency Management Agency (NEMA), state government and other relevant agencies.
Also speaking, the Ezeali of Mgbede, Eze Chadwich Ogor decried the impact of the explosions on the people and environment, and wondered why Agip could not respond promptly nine days after the disaster.
Women, youth, Chiefs and opinion leaders of Egbema communities across Rivers and Imo States had blocked the gates of NAOC thereby denying entrance and exist of both local and expatriate staff, a development that stalled the company’s operations for almost a whole day.