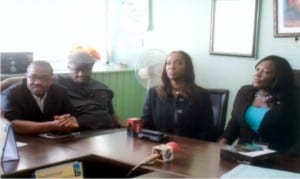 Nigeria’s failure to meet
the June 17, 2015 dealine for Region One of the International Telecommunications Union (ITU) has placed South Africa top on the list of African countries that have migrated from analogue to digital broadcasting system.
It would be recalled that ITU had in the past, suggested the end of analogue broadcasting system after several adjustments of the deadline.
The Tide leant that one of the ragedies of missing the digital system of broadcasting was loss of foreign businessmen and investors who may not wish to continue to operate under the analogue system.
Another danger was the risk of closure of all non-digital stations and telecommunications with unrealistic broad band.
Speaking with The Tide in Port Harcourt, Wednesday, the Chairman, Peace Communication Limited, Mr Blessed Ogbu, said the Federal Government was not sensitive over the issue.
He said since 2006, the federal government would have geared all its efforts towards achieving the digital system, if the broadcasting and telecommunication industries meant anything to them.
Ogbu, said the government did not have it right due to what he described as slow approach to issues of national interest.
He hinted that local stations in the country may lose signals in case of interference with digitalized stations.
According to him, erring analogue stations may also face prosecution in line with the directives of the ITU.
He explained that digital broadcasting would have been something to assimilate with ease, adding that Nigeria must rise up to the occasion.
Also speaking, a television analyst, Mr Joshua Iwu, Nigeria has again displayed another negligence in developmental issue by not meeting up with the digitalization dealline order since 2006.
However, he has called on the President Buhari-Ied government to do everything within its reach to ensure that the failure to meet ITU digital directives did not affect broadcasting system in the country.