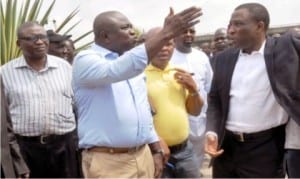 Analysts opine that Eco
nomic Community of West African States (ECOWAS) has been contending with some challenges since its inception 40 years ago.
One of such challenges, according to them, is the ECOWAS member-states’ desire to implement a single currency regime in the West African Monetary Zone (WAMZ).
They recall that at the 31st meeting of the Committee of Governors of WAMZ in Abuja in 2014, member-states observed that single currency ought to have been implemented irrespective of challenges in the states since January 2015.
Quoting from the speech of Mr Godwin Emefiele, the Governor of Central Bank of Nigeria (CBN) during the meeting, they insist that a lot must be done to make the single currency regime a reality.
The CBN governor had earlier explained during the meeting that the study of countries’ preparedness showed that there were challenges hindering the performance of their economies from meeting the convergence criteria for single currency system.
“The study notes that various countries continue to make remarkable progress towards the establishment of a common market and the implementation of the ECOWAS trade integration protocols and reform of their financial systems.
“On the strength of this assessment, the study concluded that the implementation of the monetary union by January 2015 is unlikely.
“Their level of institutional preparedness for the monetary union remains inadequate,’’ he said.
He also observed that member-countries’ business cycle harmonisation in terms of real Gross Domestic Product (GDP), inflation, broad money and interest rate remained weak. He called for intensified effort on sensitisation of all stakeholders and urged individuals to evaluate, ratify the various WAMZ protocols and strive to implement them accordingly.
According to him, member-countries should place emphasis on effective coordination between fiscal and monetary policies to support price stability mandate and create appropriate macro-economic environment that is conducive for intra-regional trade.
Sharing similar sentiments, Amb. Bashir Yuguda, the former Minister of State for Works, noted that in spite of the fiscal and other challenges facing the various countries, the integration of the sub-regional monetary system remained vital to ongoing efforts at making the ECOWAS sub-region a major economic bloc in the global economic order.
He, nonetheless, observed that Nigeria had met the four primary parameters, Liberia and Sierra Leone had satisfied three while other countries were still moving towards achieving that in spite of their challenges.
Dr Sarah Alade, the Deputy Governor, Economic Policy Directorate, CBN, however, said that Nigeria met all the criteria set for achieving a common currency for the regional bloc.
“It is important to recall that the deadline for the WAMZ countries to achieve monetary integration was set at Jan. 1, 2015.
“Also, the modified revenue approach under the aegis of ECOWAS was approved by assembly of heads of states and government to replace the two-track approach to monetary integration in ECOWAS for Jan.1, 2020,’’ she said.
According to her, the four primary criteria needed for the convergence, which Nigeria has met, include single-digit inflation rate at the end of each year and a fiscal deficit of not more than four per cent of GDP.
“Others are a central bank deficit-financing of not more than 10 per cent of the previous year’s tax revenues and gross external reserves that can give import cover for a minimum of three months.
“Liberia and Sierra Leone have met three out of the four criteria and there had been a consistent challenge of year-to-year compliance of the criteria by the member-states,’’ Alade said.
Besides achieving single monetary regime, stakeholders insist that ECOWAS should emphasise on cooperation and economic integration of West African region.
According to them, this will improve the living standard of the people in the region, enhance economic stability, foster relations among member-states and contribute to the progress and development of Africa.
They advise ECOWAS to ensure proper implementation of harmonised regional and sectoral policies to quicken the implementation of single currency system.
According to the analysts, the full implementation of the single currency will improve the welfare of ECOWAS citizens, promote price stability across the region and minimise exchange rate uncertainty.
They also affirm that the single currency system will make the region more attractive to foreign investors who will be confident to invest in the economy.
Expressing optimism, Rep. Faruk Lawal, Chairman of ECOWAS Parliament Committee of Administration, Finance and Budget Control, said that although there had been challenges among member-states in meeting the requirements for the implementation of the system, there were impressive developments.
“ The difficulty in complying with the set of convergence criteria by all ECOWAS member- states has led to delays in establishing a common currency.
“Much is still left to be done in the implementation of single currency system in the region which deadline has again been set for 2020,’’ he said.
He noted that the benefits of ECOWAS single monetary system could be equated to how the Europeans use the Euro as a common currency to enhance the unity of the region.
“We will now have a common currency, just like Euro in Europe, which will further facilitate better commerce as it promotes free movement of people and goods.
“The initiative will also harmonise our market, instead of having a fragmented market where you need to use different currencies with different exchange rate,’’ Lawal explained.
But Sen. Ike Ekweremadu, the Speaker of the ECOWAS Parliament, noted that the francophone countries delayed the implementation of single monetary system.
According to him, there is already a common currency — Franc des Communautés Financièresd’Afrique (franc CFA) — used among francophone ECOWAS member-states that belong to the Union Economic Monetaire Ouest Africaine (UEMOA).
He insisted that the existence of UEMOA Parliament for the francophone ECOWAS member-countries had posed a problem to speeding-up all the stages leading to the implementation of single currency system in the region.
“UEMOA has a common currency and a parliament that is functioning, it has a central bank that is working and most of its institutions are also working.
Ajuba writes for News Agency of Nigeria (NAN)

Best Gift For Amaechi At 50