The Rivers State branch of the National Union of Road Transport Workers (NURTW) has issued a directive ordering its officials at the various motor parks in the state to arrest anyone found selling local dry gin alias Ogogoro or kai-kai within the parks.

This comes on the heels of the Rivers State Government’s ban on the sale of the product, which reportedly killed about 38 persons in the state last week.

Disclosing this to The Tide during an interview in Port Harcourt at the weekend, the Deputy Chairman of Nkpolu-Oroworukwo branch of the NURTW, Mr. Glory Nnokam said the union officials last Friday after an emergency general meeting, went round all the motor parks in the state to enforce the directive from the state Chairman.

According to Nnokam, the meeting called on the Rivers State Government to enact a law banning the sale of all alcoholic drinks in public places, pointing out that such products had in the past caused a lot of harm to the consumers.

“Most of the drinks sold now are chemical and kill any time, we support the ban by the state government. Anything called alcohol should be banned, especially in the parks and public places”, the NURTW stressed.

Calling on the government to remove the bus-stop booths built in front of the Nkpolu-Oroworukwo (Mile 3) Motor Park, Nnokam noted that the facilities had been converted to joint where criminals commit all sorts of acts such as snatching of bags and hand sets, including cash from innocent people as well as selling and smoking of all kinds of hard drugs.

He explained that the bus-stop booths were not useful, since as he put it, all the buses coming from the Port Harcourt Township are supposed to terminate in the Mile 3 Park and not outside it, just as they take-off from there to end at Rumuokoro Motor Park.

The union advised commercial vehicle drivers to desist from drinking any form of alcohol, which he said, was dangerous to their health and profession.

Speaking on the passage of the Petroleum Industry Bill (PIB) by the 7th House of Representatives, Nnokam said, “The passage of the bill is not the problem but what is more important is its implementation for the benefit of oil producing states and communities to give them a sense of belonging and enable them enjoy the fruit of their land.

Meanwhile, about 38 persons have been confirmed dead in Rivers State as a result of the consumption of illicit alcoholic drink popular known as Kaikai.

The Permanent Secretary, Rivers State Ministry of Health, Dr. Somiari Isaac Harry, who confirmed the death toll during a press briefing in Port Harcourt, at the weekend, said the killer ‘Kaikai’, was not brewed from Palm wine but was contaminated with ethanol.

The Permanent Secretary, who expressed the sadness of the Rivers State Government over the mortality rate, called on the people of Rivers State to stop the consumption of ‘Kaikai’ to avoid further deaths, and assured that investigation was on going to unravel the source of the killer gin.

He called on Youth organizations, opinion leaders, women leaders, and traditional rulers of various communities in Rivers State to sensitize the people.

The Permanent Secretary also called for the enactment of a legislation to effect control of the sales and consumption of alcohol.

In his remarks, Director, Public Health, Dr. Nnanna Nyekwere, said the Ministry has taken measures to sensitize the populace through the media, adding, that the National Union Road Transport Workers (NURTW) has been written to talk to their members to stop the consumption of alcohol at Motor Parks and other Public places. 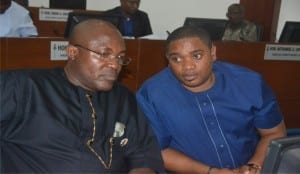