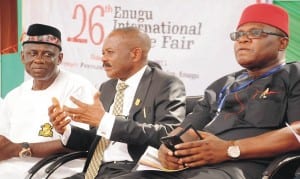 The Federal Road Safety
Commission (FRSC) Anambra State Command, recently, expressed its worry over the high rate of auto crashes in the state which it attributed to lack of awareness among commercial drivers.
The command’s Head of Public Enlightenment Unit, Mrs Chinelo Ezekwesili, said this at a one-day public enlightenment and awareness campaign on road safety.
The command, therefore, advised commercial drivers to make sure that their vehicles were in good shape, especially during rainy season.
Ezekwesili alleged that most transporters were driving without valid driver’s licences, wipers, fire extinguishers, jacks, spanners, and even good braking system in their vehicles.
She cautioned them on the danger associated with driving during rainy season without having the necessary gadgets in their vehicles.
The drivers were exposing road users to danger due to roads wetness, she said.
Also speaking, Mr Chijioke Onyekuba, a stakeholder, urged the command to put in place a smooth process whereby drivers could obtain the driver’s licences to discourage them from patronising touts.
“We want the command to look into the high charge of obtaining the driver’s licence here in Anambra which is about N12,000 per copy as against N7,000 that is charged elsewhere ,’’ he said.
“As core users of the roads and automobiles, there is the need from the command to keep on with this educative engagement and to continue to update us on road safety issues.
“ We will also like some of us to be admitted as Special Marshals,’’ said Onyekuba.
The state Sector Commander, Mr Sunday Ajayi, in his response, said the fixed rate for obtaining each driver’s licence in the country is N6, 500.
He, therefore, urged drivers to go through the appropriate channels for obtaining theirs.