The National Directorate
of Employment (NDE) in Enugu State has directed its debtors across the state to repay their loans or face prosecution.
Enugu State Coordinator of the directorate, Mr Joseph Iroegbu, told newsmen that it would embark on loan drive to recover the debts.
Iroegbu, who declined to disclose the amount involved, said the loans were taken between 2010 and 2014.
According to him, the debtors had altered the loan process as the loan is a revolving one and if it is not recovered, other people will not benefit.
Iroegbu said the directorate had been mandated to recover a certain percentage of the fund before commencing another disbursement.
“Some of the debtors used fictitious names which we are trying to find a way of sorting out.
“Some changed their business locations, while others have yet to start the business they borrowed the money for.
“Henceforth, before we give loans, we must make sure that you have genuine guarantors that will stand the test of time.
“Most people think the loan is part of the national cake; there is no national cake anywhere. We are ready to take drastic measures to recover our money,’’ he said.
Iroegbu appealed to the Enugu State Government to release funds for the training of 9,440 persons for the community-based skills acquisition scheme.
“We entered into an agreement with the Enugu State Government in the area of skills acquisition in what is called Community-based Training scheme.
“The scheme is supposed to train about 9,440 beneficiaries from 472 communities in Enugu State at the rate of 20 persons per community.
“They can be graduates, non-graduates and school certificate holders,’’ the coordinator said.
He listed the skills to include tiling, interlocking stones, flower gardening, block-moulding, poultry, fishery, piggery, bee-keeping, snail farming, grasscutter farming, agro-chemical and farm mechanisation.
Others are environmental beautification, crop production and processing, computer operations, fashion design, hair dressing, event management0 and aluminum fabrication.
He said the government had promised to give the directorate about 30 hectares of land for the construction of 500 housing units for the welfare of workers of the directorate.
He called on the incoming government in the state to implement the housing scheme to complement the efforts of workers. 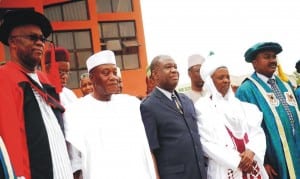