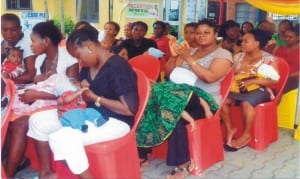 Shirley Chisholm, the
first African-American congresswoman in the United States has been a passionate campaigner against gender inequality.
She once said that: “the emotional, sexual and psychological stereotyping of females begins when the doctor says it is a girl.’’
Sociologists, therefore, note that Chisholm view point is a reflection of the current society that is characterised by historic unequal power relations between women and men.
They observe that with unequal power relations between women and men, otherwise known as patriarchy, women are systematically disadvantaged and oppressed.
They opine that it has become a common knowledge that certain domestic chores, particularly in Africa, are perceived to be the exclusive duties of the female folk.
According to a social critic, Godiya Makama, womanhood is reduced to a mere second-class position with the general belief that the best place for women is in the kitchen.
He opined that this had brought about tremendous misrepresentation of women right from the level of the family to the entire society.
“The Nigerian society is patriarchal in nature which is a major feature of a traditional society; it is a structure of a set of social relations with material base which enables men to dominate women.
“Women are therefore, discriminated upon, mistreated and perpetually kept as house-help. The average Nigerian woman is seen as an available object for forced marriage, street hawking, instrument of wide-range trafficking and a misfit in the society.
“Thus, the purported irrelevance associated with the status of women in society has merely reduced an average woman to an inferior commodity,’’ he observed.
Alluding to this sentiment, Mrs Olasunbo Odebode, a gender and development specialist in the United Nations Children’s Fund (UNICEF), said that women were the victims of social structures.
She, nonetheless, observed that with sensitisation and proper parenting, the stereotyped idea of giving more attention to male children was becoming unpopular.
Odebode said that parents should train their male children in handling domestic chores the same way the females would do.
She insisted that no law conferred an advantage on the male children over females in handling domestic chores and other roles in society erroneously believed to be exclusive to females.
Sharing similar sentiments, Ms Onyeka Onwenu, the Director General of the National Centre for Women Development (NCWD), called on parents to emphasise the need for gender equality in parenting.
She said that although women were naturally caretakers, they should be conscious of their rights and work hard against those barriers that limit them.
In her opinion, Mrs Jummai Idonije, the Director, Training and Development, NCWD, insisted that gender inequality began from childhood, reinforced by parents, peers, teachers, the media and the society.
“In the family, men assume or are assumed to be the primary bread winners with women’s income being seen as supplementary to that of men,’’ she said.
She said that although UN Charter in 1945 and its declaration of Human rights in 1948 recognised the principle of equality of men and women, women’s positions and concerns in the development process had not been fully addressed.
Corroborating this view point, Mrs Ngozi Okorie, an official of NCWD, said that gender equality under the law should mean equality of opportunity.
According to her, gender equality includes equal rewards for work and equality in access to human capital and other productive resources.
Okorie insisted that a repetitive use of gender stereotypes such as showing women only as careers of the family or as sexual objects should be stopped.
For total eradication of gender inequality, sociologists opine that it is important for gender education to begin in the family unit, schools and the wider community.
They insist that this will create awareness in the grassroots before moving the advocacy to national level for a better understanding of gender issues and gender equality.
They also note that if communities erase cultural superstitions, they will be able to see reasons why both sexes need to have access to quality education.
In their opinions, teaching about gender inequality should not be only in the schools in urban cities but also in the villages.
“Educating a female is like educating a family and the whole society, greater literacy rate among women would definitely boost the progress of any country.
“Providing moral education and protection against sex abuse will help to reduce gender inequalities in education sector,’’ they observed.
In all, observers believe that apart from tackling issues on gender inequality from parenting, governments at all levels should take appropriate measures to raise public awareness to discourage it.
Ogunshola is of the News Agency of Nigeria (NAN)

Fitness: Go To The Gym In Stylish Gear