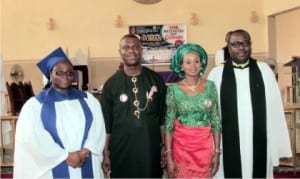 The Rivers State Government has alerted the people of the state and residents that political violence and killings have been on the rise in recent weeks following intolerant response of the opposition to an orgy of electoral defeat imminent from the March 28 and April 11, elections.
In a press briefing, the state Commissioner for Health, Dr Sampson Parker said that available records show that cases of patients with gunshot wounds, and other related injuries were on the rise at Kelsey Harrison and Braithwaite Memorial Specialist Hospital, all in Port Harcourt, the state capital.
He stated that at the local government areas, there were also reports of similar cases, but did not disclose the figures.
Part of the statement at the briefing reads: “We are at the height of the 2015 election season. As already announced by the Independent National Electoral Commission (INEC), March 28, is for the presidential and National Assembly elections. April 11, is for the governorship and State Houses of Assembly elections.
“It behoves me at this time to announce to the people of Rivers State the emergence of a new epidemic.
“There is an epidemic of political violence going on in Rivers State. At the Ministry of Health, my colleagues and I toil daily to ensure that we provide services, given available resources, in health care delivery.
“We have built some of the best health centres, hospitals and other medical institutions. However, daily, our people are confronted with danger as they go about their normal and lawful businesses.”
According to him, “an orgy of political violence have been unleashed on the people of Rivers State and we are seeing an abnormal increase in deaths and injuries as elections approach.”
He disclosed that statistics from Braithwaite Memorial Specialist Hospital (BMSH) and Kelsey Harrison Hospital from January to 12 March 2015 show that cases of gunshot injuries were 41 while those from assaults, including machete injuries were 26.
Parker stated that these facts do not include the figures for deaths arising from this new epidemic, adding that the reason is that the dead were not brought to the hospitals.
“However, as reported in the news in recently, there have been killings at Oroworukwo, Okrika, Omoku and numerous others around the state. There is no doubt in my mind that there are cases which were neither reported to the Police nor government health facilities. Therefore the figures given to you here do not reflect the true index of political violence in our State. Indeed, they may just be the tip of the iceberg,” he said.
“Let us note here that the Ebola scourge for which the country and our state rose up as one to combat only accounted for 10 deaths in Nigeria, out of which 2 were in Rivers State. Today, the number of deaths arising from political violence has greatly surpassed Ebola. Yet, we go about our lives as if we have accepted this ominous situation.
“We at the Rivers State Ministry of Health have decided to raise this alarm because it is our duty to save lives. We are also using this opportunity to warn our people and make them aware of this danger to our way of life.
“Election period should be a time for debates, exchange of ideas, mobilization of the people, exhibition of ambitions and greater gainful activities for our teeming youths.
“Why are we being killed and maimed? Why are our hard-earned properties being destroyed? Why are our youths being trained and turned into murderers? Who, truly, benefits from the destruction of lives and properties?
“The youths are supposed to be the leaders of tomorrow. It is for their tomorrow that we toil today. Sadly, there is neither tomorrow nor leadership for the youth buried today. There is neither tomorrow nor leadership for that youth who becomes completely dependent on others even for basic needs, because of injuries.
“There is no great future for our country when the generation after us is led by people with blood on their hands who instead of dialogue resort to violence”, he added.
He called for more vigilance, saying that “parents and guardians must inculcate in their children and wards, respect for life and other peoples properties. Teach them to win arguments through the strength of their facts and intellectual acumen rather than basic instincts.
“Know who your child or ward is associating with. Do not encourage them to collect money or work for people who want to use them to perpetrate violence on others. These men and women do not mean well for your children. They have hidden their own children in safe places in Nigeria and foreign lands. Why should your child be sacrificed for their political ambitions?
I have often asked in the past but let me repeat the question now: Those who maim, kill, and destroy properties for their political ambitions, who do they hope to rule?
“Any wise man or woman should know that power belongs to God. He will give to whom it pleases Him to bless. Positions acquired through violence can only bring sorrow.
“We urge all stakeholders, including Traditional Rulers, Youth Organisations, Student Bodies, Civil Society Organisations, Faith Based Organisations, Market Women and the Security Services to be alive to their responsibilities and even redouble efforts in combating this epidemic of political violence,” he added.

Bolivia Call Off Friendly With Nigeria