The Nigerian Aviation
Handling Company Plc (nacho aviance) says it has concluded plans to hold the first ever Air Cargo summit in Lagos, Nigeria.
The company announced that the event would be a gathering of who is who in the Nigeria aviation industry as key stakeholders are set to brainstorm on the way forward for the industry.
Chief commercial officer of the company, Mr Seyi Adewale, said although some progress had been made in the development of the sector in recent years, what operators in the industry had been doing basically was to scratch the surface.
He stated that the summit would explore ways to expand and grow the industry beyond what operators had even imagined.
He equally disclosed that the sector regulator, the Nigerian Civil Aviation Authority (NCAA), had been requested to chair the occasion so as to make regulatory pronouncements, which the summit would use as a guide in its discourse.
Mr Adewale was quoted in the statement by nahio aviance as saying, “this summit would allow government to see areas of opportunities, ensure better engagements amongst stakeholders, highlight areas of concern within the air cargo business and lastly, discuss way forward for better safety and air cargo security.,
According to him, air cargo is a major driver of the Nigeria’s economy and is in fact, also a potential high earner of foreign income for the nation as oil export earnings have been downloaded.
He said further, “safety is a primary issue within the industry and we have to keep reinforcing ourselves for potential challenges ahead and get the buy-in of cargo agents too. They will be well represented at the summit.
Mr Adewale, however, warned that there are sacrifices to be made for the industry to get to the desired destination.
“There are sacrifices to be made in the days ahead from our estimation and we could all agree to the sacrifices that must be made to assure safety, security, efficiency etc,” he stated. 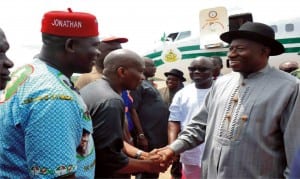