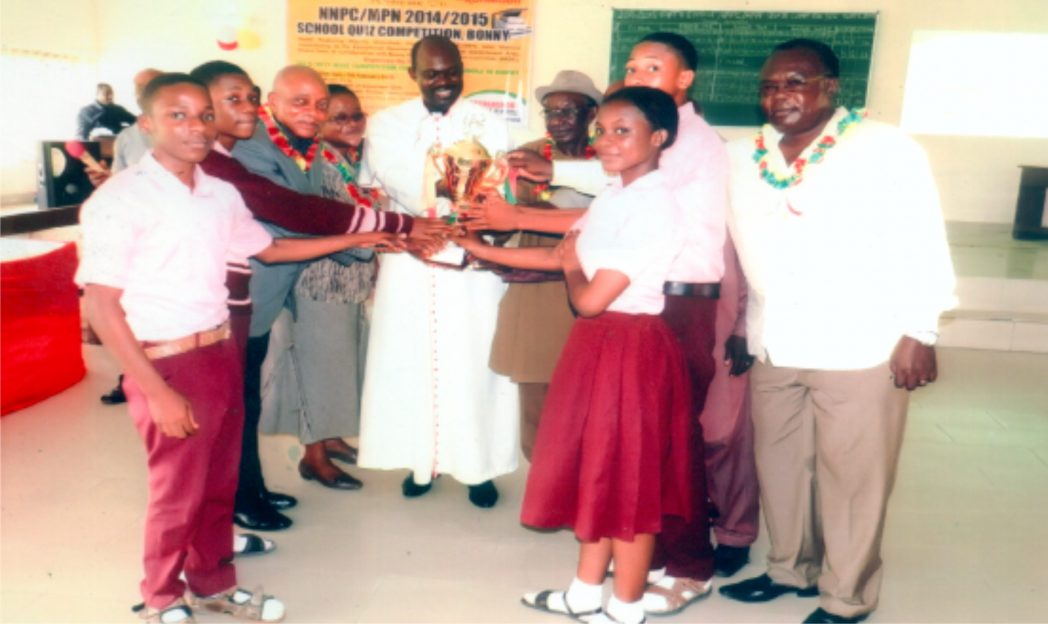 The Dean of St Stephen’s Cathedral, Bonny, the Very Revd Richard I. Hart with other dignitaries presenting the first position trophy to the winning school – Spring Foundation College, Bonny.