The Independents Na
tional Electoral Commission (INEC) has reassured Nigerians that the 2015 general elections would be credible.
The INEC Commissioner in charge of South- South zone, Mrs Thelma Iremiren, gave the assurance at a voter education seminar in Port Harcourt.
The seminar, which had as its theme “Are Nigerians Ready for the 2015 Election?”, was organised by the Nigerian Bar Association (NBA), Port Harcourt branch, in collaboration with the Niger Delta Development Commission and INEC, among others.
She said INEC had captured voter information through biometrics for the upcoming elections.
She added that “voters will vote through the use of card reader which will read up the details to qualify or disqualify the voter before voting.
“If you are the owner of the card, it will say verified, if you are not, it will say disqualified; the result sheets have been been customised so the era of taking a ballot sheets from one local government to another is over.’’
In his contribution, the Commissioner of Police in Rivers, Mr Hosea Karma said there was need for security before election because without security, there would be no elections.
Karma, who was represented by the Assistant Commissioner, Operations, Mr Ali Mohammed, said “security means freedom from apprehension and harassment.”
He, however, assured that there would be security before, during and after the elections.
In his contribution, the Archbishop of Niger Delta Province, Church of Nigeria (Anglican Communion), Most Rev. Ignatius Kattey, advised Nigerians to resist election rigging, ballot box snatching and inducement.
The cleric said government should protect lives and property and noted that election was “futile” if security was not provided during elections.
According to him, the electorate would be disenchanted with elections if their votes did not count. 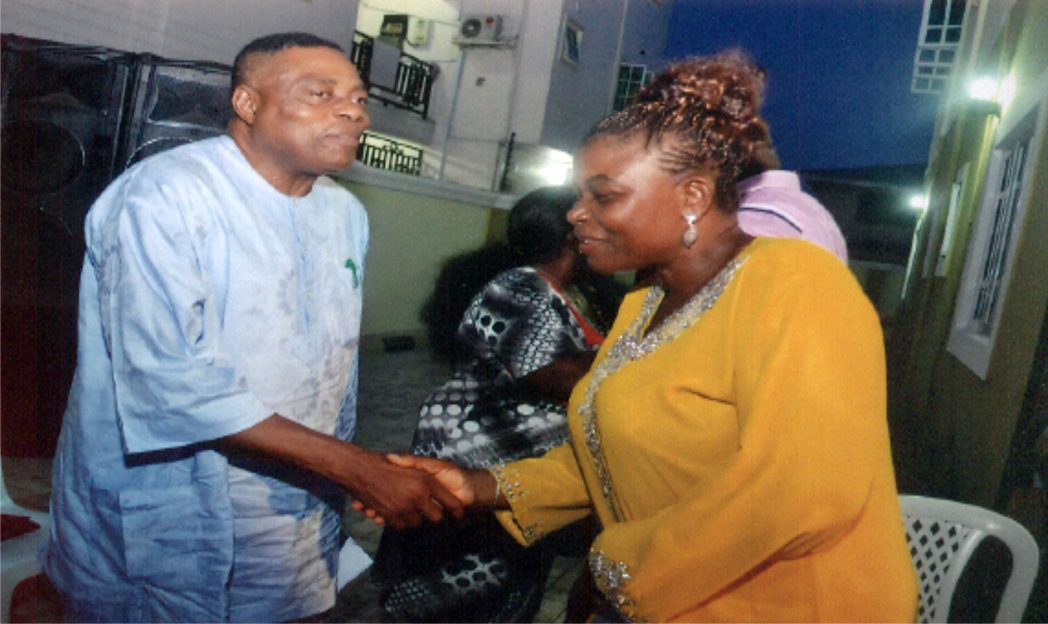 Archbishop of Sokoto Diocese, Rev Fr Matthew Hassan Kukah, says the persistent problem of Nigeria is directly tied to the Constitution.
Kukah, who stated this while delivering a keynote address at the Nigerian Bar Association (NBA) Conference in Port Harcourt said the Constitution “does not inspire the ability of its citizens.
He attributed the persistent problem with the Constitution to the people that reviewed it, adding that they should be held responsible for the issues in the country and the Constitution.
“Citizens must see a reflection of themselves in the Constitution, we must all come together to face reality; we must manage the ingredients that accommodate all classes of the people while reviewing the Constitution. In reviewing the constitution, citizenship, national orientation, followership and leadership must be put into considerations as good leaders.
“An authority is what legitimates a leader, as you cannot lead by not having a clear picture of where you are going. The inability of the Constitution as well as its lack of capacity to make peace with the ordinary citizens is a fundamental problem,” he added.
On judicial activism, Kukah urged every judge to know that the judicial system is a matter that is on trial, and stated that Nigerians are mentally exhausted.
“Nigerians are exhausted, mentally and physically. We must ask how we got to this point. How did we end up with a country that performs below installed capacity?
“I do not know any other country that amends its Constitution more frequently than Nigeria, and starts all over again; so much that talking about constitutional amendment attracts derision. The United States in hundreds of years has amended their Constitution only 27 times. Yet, our problems seem tied to our Constitution; its inability to solve problems that confront the nation.”
The cleric maintained that the problem with the Nigerian Constitution could be the quality of persons Nigeria send to the constitutional conferences to review the supreme law of the land.
”It is used as a favour because presidents and governors handpick those to go. The least objective they have in mind is getting a near-perfect Constitution to guide the country. At last, tribal activists come together to argue for their interests.
”Ethno-religious giants have seized the nation by the jogular, thus, Nigeria develops in reverse. The price Nigeria pays is our failure to give ourselves a proper Constitution. We fail to understand the difference between leaders and office holders. You can have office but you have no authority. We suffer from collective ignorance of one another.” the cleric said.
He urged judges to defend the land positing that each time a case is in court, it is not just two parties on trial but the whole nation is on trial.
He urged lawyers to make a choice whether to serve the rich and powerful or for the public.
The bishop said because he believes in Nigeria, he turned down the possibility of United States’ citizenship. “I said if I do so, I would be telling God that he made a mistake by putting me here. Nigeria will not break”
While suggesting that the constitution should be a document for negotiation,
Kukah said It was a spectacular development for election results to be transmitted electronically and commended the Senate for passing to law the bill on the transmission of results electronically.

Going by the performance of the Chairman of Opobo/Nkoro Local Government Area of Rivers State, as the administration celebrated its first 100 days in office recently, a non-governmental youth organisation in the area, the United Brothers’ of Opobo Kingdom (UBOK) has hailed the council boss, describing him as a development pathfinder of the 21st century in the local government.
Addressing journalists in Opobo shortly after the commissioning of numerous completed development projects embarked upon by the administration of Hon Enyiada Cookey – Gam, President of the group, Comrade Alafuro Mac-Pepple while felicitating with him on the auspicious event, disclosed that the emergence of Hon Cookey-Gam as council chairman has remained remarkable and profit-oriented.
Mac-Pepple stated that, “Cookey-Gam, as a development idol has been assessed during the period under review by the group and concluded that he is a transformational pathfinder and an embodiment of uncountable virtues, such as, kindness, perseverance, diligence in service, dedication, uprightness and accountability.
Mac-Pepple, on behalf of the group, commended the chairman for restoring electricity to the catchment communities and for the numerous appointments offered to the people, appealing to the council chairman to attach much importance to youth development by way of creating skills acquisition centres in all the 11 wards of the LGA, which will encourage them to be skilful, as well, be gainfully employed.
The group leader who expressed satisfaction over the performance of the present dispensation, said the chairman means well for the people, as he has the wherewithal and vast experience to consolidate on the great achievements recorded by him and even break new grounds, adding that such informed the reasons why the people collectively joined forces to ensure his victory at the poll.
He further explained that given the pedigree of the council chairman, the people of Opobo/Nkoro LGA should begin to count themselves lucky and prepare their minds to work with him for more dividends of democracy.
UBOK, through its leader, stressed that with the presence of Rt. Hon. Enyiada Cookey-Gam in the area, the government will take the LGA out of stagnation and under-development to the path of progress, stability and accelerated transformation, adding, “the administration should focus more on youth and women development programmes, aggressive infrastructural transformation of the satellite communities in the area.

The 103 Battalion of the Nigerian Army has presented an Award of Appreciation to the Chairman of Degema Local Government Area, Mr. Michael John Williams.
The Award’ is in appreciation of the Chairman’s support to security operatives and peace efforts in the Local Government Area.
Commanding Officer of the 103 Battalion, situated at Obuama, Lt. Col. V. K. Tagwoi, while presenting the award to the Council Chairman at the Council Secretariat, Monday, commended him for his huge investment in the security sector, which has contributed immensely to the peace and serenity, witnessed in the LGA.
He pledged the continued partnership of the Nigerian Army to the council’s administration, to ensure the continued peace and security of the LGA.
It would be recalled that the Council Chairman had been widely commended by various stakeholders for tackling insecurity, particularly within the LGA waterways.
There had been recurrent sea pirates activities, where pirates attacked passengers, dispossessing them of their valuables, abducting some victims in the process and in most cases, snatching the marine vessels.
This sad development had continued unabated for sometime, until the Michael John Williams administration came onboard, which in just two weeks in office declared a ‘No Ply Zone’ for pirates, by procuring and donating fully equipped surveillance boats to patrol the Bille-Ke-Port Harcourt sea route.
This move has however, yielded positive result, as the once troubled waterways in DELGA, are now safe for commuters and others who ply their trade along the waterways.