The Greater Together Campaign train of the Rivers State All Progressives Congress (APC) governorship flag-bearer, Dr Dakuku Adol Peterside, storms Okrika, headquarters of Okrika Local Government Area, tomorrow.
While there, Peterside will unveil his development plan for Okrika people, and solicit the people’s support during the forthcoming elections, now slated for March 28 and April 11, 2015.
A statement by the Okrika APC Campaign Chairman, Barr Tamuno William, said that a key highlight of the rally is the presentation of the APC candidates for the various elective offices to the party faithful, and urged all supporters and people of goodwill to attend the event.
Tomorrow’s campaign rally is coming barely 20 days after an earlier one scheduled for the Okrika National School Field on January 24, 2015, was aborted following the overnight bombing of the venue and destruction of canopies, musical equipment, and others, running into millions of Naira, by hoodlums.
The attack, which occurred around 3:45am on January 24, was said to have been executed by unknown gunmen, who stormed the venue in a Hiace bus, and shot sporadically to scare away those still around the area before detonating an explosive suspected to be dynamite.
Shortly after the incident, security operatives allegedly advised the APC not to go ahead with the rally as planned and reschedule same for such a safer and more secure date as may be agreed upon later.
However, with the new date a few hours away, The Tide learnt that adequate security has been put in place by police and other security agencies to avert a repeat of the last incident.
When The Tide visited Okrika yesterday, the ancient town was already agog with preparations in advanced stage to give the APC standard bearer and his campaign team a rousing welcome, reminiscent of the peaceful and hospitable Okrika people.
It would be recalled that Okrika is the hometown of the wife of the President, Dame Patience Jonathan, ex-militant leader, Ateke Tom, former Rivers State governor, Rufus Ada-George, and former transport minister, Precious Sekibo. 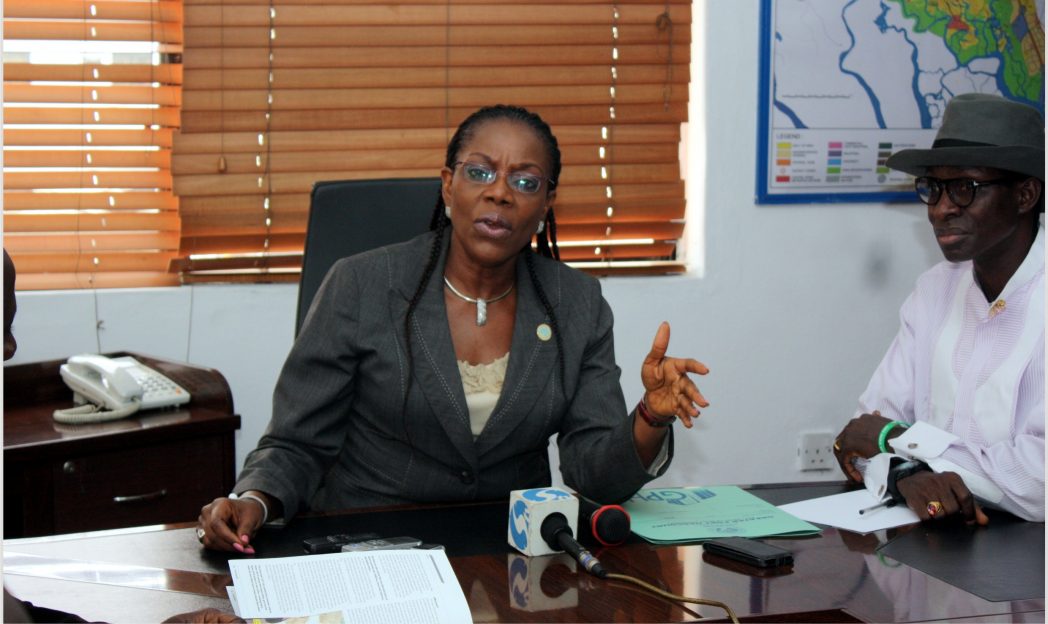 Administrator of GPHCDA, Aleruchi Cookey-Gam (left) briefing newsmen on the transparency of the agency in the allocation of title deeds in her office, yesterday. She is flanked by another officials of the agency