The gubernatorial candi
date of the All Progressives Congress (APC) in Rivers State, Hon. Dakuku Peterside has promised to link Opobo/Nkoro Local Government Area to the national grid for uninterrupted power supply within his first one year in office, if voted into power.
Hon. Peterside made the promise last Saturday at the APC governorship rally in Opobo town, the headquarters of Opobo/Nkoro Local Government Area of the State.
He said that as a true son of Opobo, who is familiar with the challenges facing the people of the area, his administration would also ensure the completion of Unity Road that links Andoni and Opobo/Nkoro within his first year in office.
The APC governorship candidate also promised to tackle the issue of insecurity on waterways in the area, as well as constructing internal ring roads in Opobo town within one year of his administration as governor of the state.
Hon. Peterside, who was received by a mammoth crowd, urged the electorate in Opobo/Nkoro to vote and protect their votes for APC, saying APC cannot afford to share the votes in the area with any other political party.
Nothing that his choice as the APC governorship flagbearer is a God’s gift to the people of Andoni and Opobo/Nkoro, he urged the people of the area to compensate the APC with their votes in the forthcoming general elections in the country.
Speaking at the event, the chairman of the party in the state, Chief Davies Ibiamu Ikanya also urged the people of Opobo/Nkoro to compensate APC with their votes for choosing their son, (Hon. Peterside) as  the party’s governorship candidate.
He assured them that the APC would produce the next governor of the state who will take over from Governor Chibuike Rotimi Amaechi.
Also speaking, a member of the APC Board of Trustees, Dr. Sam Sam Jaja, charged the people of Opobo/Nkoro to vote enmass for Peterside as well as all APC candidates in the rescheduled elections this year. 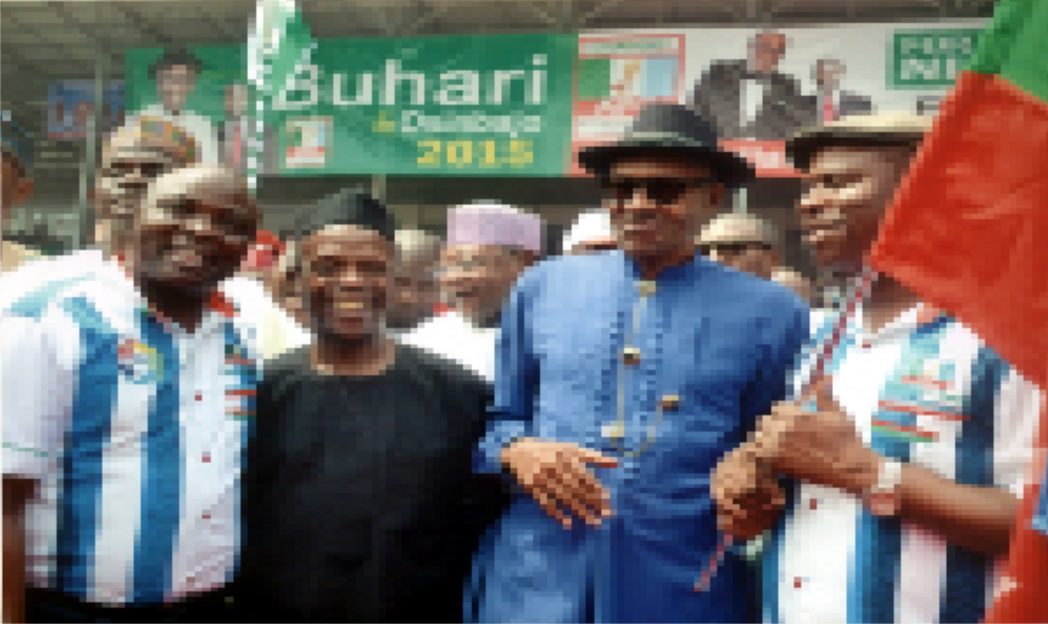 2015: Political Parties And Drums Of War