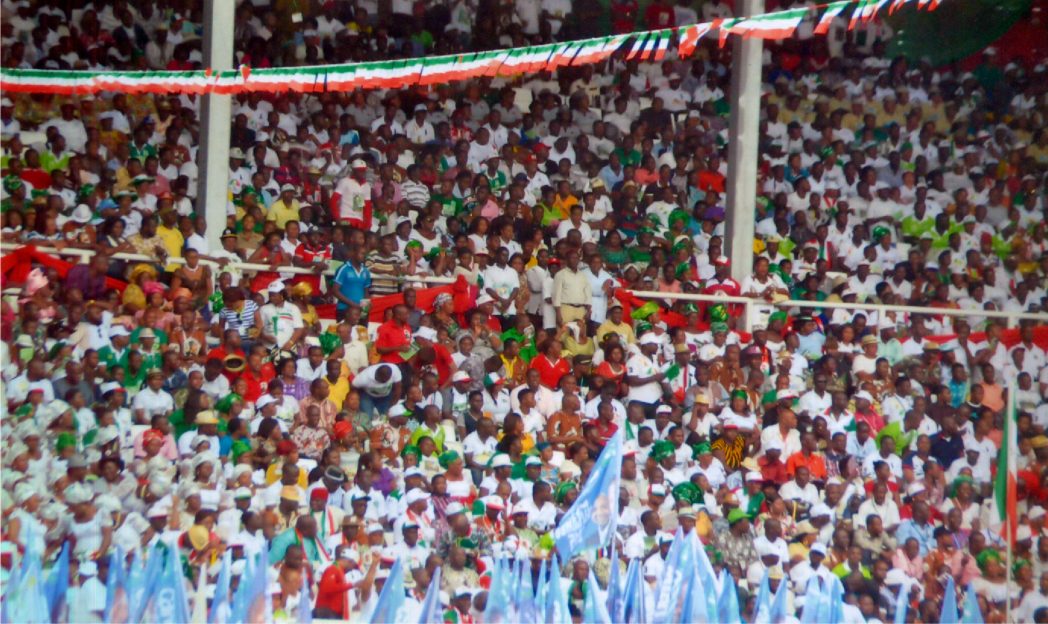 A mammoth crowd during a campaign rally in Port Harcourt, recently