The Judiciary Staff Union of Nigeria (JUSUN) says it has suspended the eight months old strike action embarked upon by judiciary workers in Rivers State.
The suspension of the strike followed the directive by the national leadership of JUSUN after consultations with the various stakeholders in the judiciary.
Speaking to journalists on Saturday in Port Harcourt, the National Publicity Secretary of  the union, Comrade Kayode Igbarago directed JUSUN members in the state to resume work immediately today,  and warned that no member of the union in the state should be victimized for embarking on the industrial action.
The JUSUN spokesperson said that the suspension was the outcome of the National Executive Council (NEC) meeting held on Monday, January 26, this year at the Supreme Court, Abuja, adding that since the strike action began on July 9, 2014, the national leadership of the union had been in charge of the action.
According to him, the national body has after careful investigations been convinced that the state branch has not compromised the struggle in any form.
After careful and exhaustive deliberation, NEC considered the assurances and commitments made by various security agencies in the provision of adequate security in, and around the court premises in the state which was at a point in time a target of violent attacks. These attacks had sent unimaginable fear and tension in the minds of the court workers and other court users.
The interest and intervention of various stakeholders, particularly state government, who have made themselves available in virtually all the meetings, the NBA, both at the national and state levels, who have been committed in facilitating the various meetings, the NLC, civil rights groups, Senator  Cyrus Nunieh-led mediatory committee and others were also considered”, he said.
Comrade Igbarago further stated that the union resolved that no staff or member of the union should be victimized as a result of the industrial action, and appealed to relevant stakeholders to take advantage of this gesture and see to the immediate resolution of the crises rocking the judiciary.
He urged members of the union in the state to remain resolute in the struggle, while expressing  appreciation all, who have in one way or the other assisted in the facilitation of the resolution of the crises.
Speaking to journalists on the suspension of the strike action by the  Judiciary workers in the state, a Senior Advocate of Nigeria (SAN) and former NBA President, O.C.J. Okocha,  lauded the union for the suspension of the  strike action, noting that litigants and criminal  justice administration in the state would heave a sigh of relief.
He,  however, lambasted the state  JUSUN for embarking on the strike, adding that the eight months strike was politically motivated.
“In the first instance, there was no need for the strike action but because the leadership of JUSUN in the state compromised with the politicians in the state”, he stated.
It would be recalled that judiciary workers had on July 9, 2014, embarked on an indefinite strike action citing insecurity and leadership tussle in the state judiciary as reasons for the strike, which had crippled the administration of justice in the state. 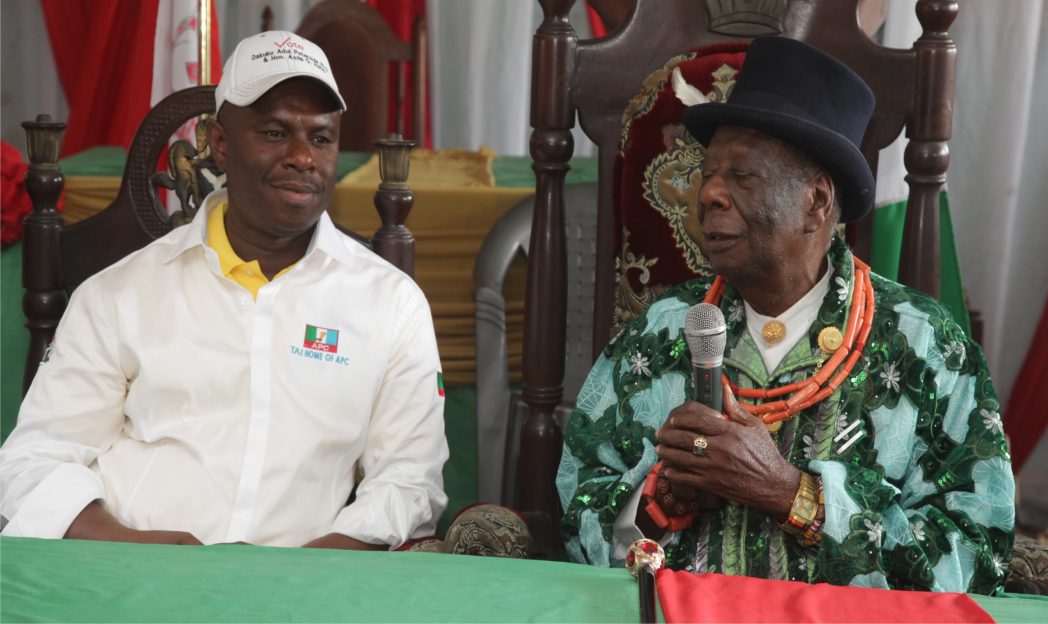