The All Progressives Congress (APC) has slammed the Department of State Security (DSS) and the Police for their obvious silence on the threats of war by ex-militants if President Goodluck Jonathan should lose this month’s election, saying the failure of the security agencies to act is an indication of their double standard and lack of fairness.
In a statement issued in Lagos yesterday by its National Publicity Secretary, Alhaji Lai Mohammed, the party said it is insightful to note that the same security agencies that reacted with hysteria to the harmless comments by Rivers State Governor, Chibuike Rotimi Amaechi, have suddenly lost their voices when the ex-militants threatened to wage war on the nation.
“Now, the ex-militants have said President Jonathan must be re-elected or they will unleash violence on the country. In other words, it is immaterial whether or not he loses in free and fair elections. There is no clearer indication of impunity than the action of the ex-militants who issued their threats in the Bayelsa State Government House, Yenagoa, with the governor of the state and special adviser to the president on Niger Delta Affairs, in attendance.
“More than a week later, the DSS has been missing in action while the police, in what can pass as a most shocking reaction, said they are still studying the ex-militants’ comments”,  it said.
APC said the implication of the conspiracy of inaction by the DSS and the police is that, under the administration of President Jonathan, there are different rules for different Nigerians, wondering how the security agencies can be trusted to provide a level playing ground for all political parties before, during and after the forthcoming general elections.
“For supporters of President Jonathan, there is no law, there is no police, there is no DSS. Their support for the President is a licence for lawlessness and irresponsibility, and if at all there is any law, they remain far above such law. That is why they could dare the entire nation by issuing such treasonable comments and get away with their action,” the party said.
It called on Nigerians to take note of the glaring double standard of the security agencies, while urging local and international observers to closely monitor the activities of the security agents before, during and after the polls. 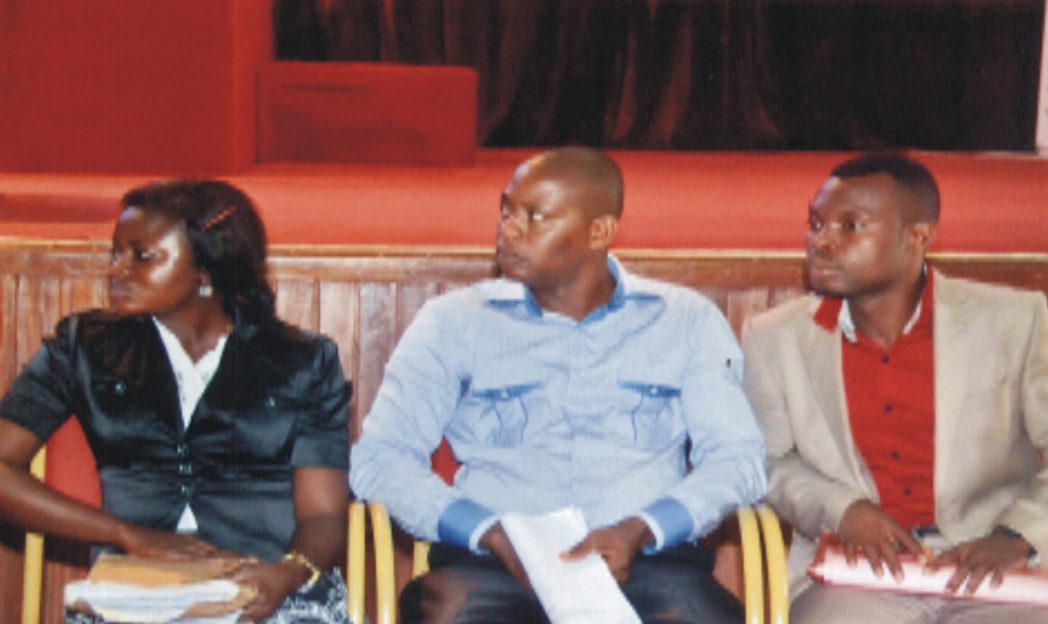 From left: Joy Osuagwu, Egba Ifeanyi and Dike Blessed while presenting a petition on employment racket on behalf of part-time lecturers of Rivers State College of Health Sciences to the State House of Assembly, Port Harcourt. Photo: Chris Monyanaga