In spite of the subtle plot to postpone next month’s general elections, the Independent National Electoral Commission (INEC) is forging ahead with its preparations.
The commission has released the breakdown of 119, 973 polling units where the elections will hold nationwide.
All Polling Units (PUs) in private compounds, mosques and churches have been relocated – in line with international best practices.
Besides, INEC has blocked the cloning of Permanent Voter Cards (PVCs) by desperate politicians through the deployment of Smart Card Readers.
With the distribution of 145,000 Smart Card Readers, no one can use stolen or purchased PVCs.
There have been calls in some circles for the postponement of theelections, but INEC Chairman Prof. Attahiru Jega has told the United States, the European Union (EU) and international organisations that the election will hold as scheduled on February 14 and 28.
Jega has also met with the Resident Electoral Commissioners (RECs) where it was decided that the polls must go on as scheduled.
The INEC boss has got support from many quarters to hold the elections.
A one-time president of the Court of Appeal, Justice Mustapha Akanbi said yesterday in Ilorin that the call for polls shift is “suspicious” and “mischievous”.
A Coalition of Civil Society Organisations (CSOs) also said yesterday that calling for a postponement was unacceptable because it could lead to civil unrest.
The same position was expressed by the Inter-Party Advisory Council (IPAC) made up of 2 political parties.
To them a shift will send a wrong signal and throw the country into chaos and anarchy.
A top source, who spoke in confidence with our correspondent, said: “From the reports delivered by all departments, units and RECs, there is no reason we will not go ahead with the elections as from February 14.
“We are going ahead with preparations for the polls irrespective of issues being raised by some people. The INEC chairman has refrained from making comments to avoid the electoral body being accused of bias.”
It was gathered that at the operational meeting and a session with political parties on Tuesday, INEC released the breakdown of 119, 973 Polling Units (PUs) where the elections will hold nationwide.
The commission has also given a list of how the 145,000 smart cards were deployed in all the polling units to the parties.
The breakdown of the 119,973 polling units in the 36 states and the Federal Capital Territory(FCT) is as follows: Abia (2,675); Adamawa(2,608); Akwa Ibom(2,980); Anambra(4,608); Bauchi(4,074); Bayelsa(1,804); Benue(3,688); Borno(3,933); Cross River(2,283); Delta(3,624); Ebonyi(1,785); Edo(2,627); and Ekiti(2, 195).
Others are Enugu(2,958); FCT(562); Gombe(2,218); Imo(3,523); Jigawa(3,527); Kaduna(5,101); Kano(8,074); Katsina(4,901); Kebbi(2,398); Kogi(2,548); and Kwara (1,872).
The PUs in the remaining states are: Lagos(8,462); Nasarawa(1,495); Niger(3,185); Ogun(3,213); Ondo(3,009); Osun(3,010); Oyo(4,783); Plateau(2, 631); Rivers(4,442); Sokoto(3, 035); Taraba(1,912); Yobe(1,714); and Zamfara(2,516).
A National Commissioner said: “We have developed a general framework for Polling Units, in line with international standards. This is why we have relocated all PUs from churches, mosques, private compounds and even verandah of schools.
“The electoral benchmark is that all PUs should be inside enclosures to be able to monitor the voting process and ensure effective control of the situation.”
INEC has shared 145,000 Smart Reader Cards (SRCs) to all the RECs in the 36 states and FCT to check rigging or manipulation during the elections with cloned/ stolen/ purchased PVCs.
The National Commissioner added: “These Smart Reader Cards will authenticate the holder of any PVC, confirm his or her finger print and detect fake or cloned PVC.
“The SRCs help to count and record every accreditation done at the PUs. So, the question of rigging will not be there at all. Those busy cloning or buying cards will meet their waterloo at the Polling Units.
“The introduction of SRCs explains why we cannot allow those with temporary voter cards to vote in February. We have 119, 973 polling units but we have deployed 145,000 SRCs to all the states and the FCT.” 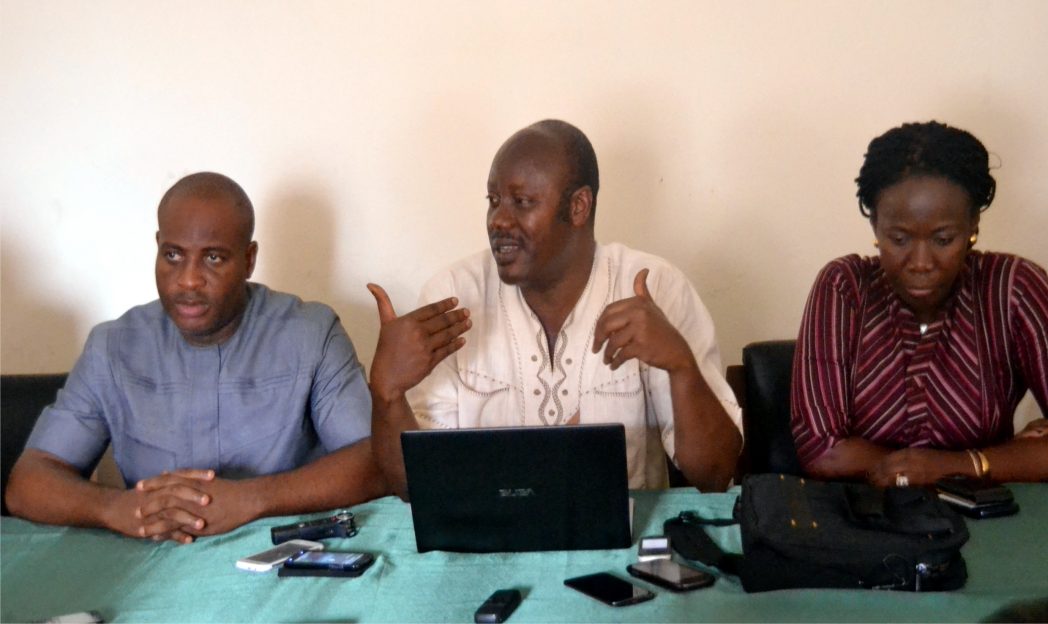