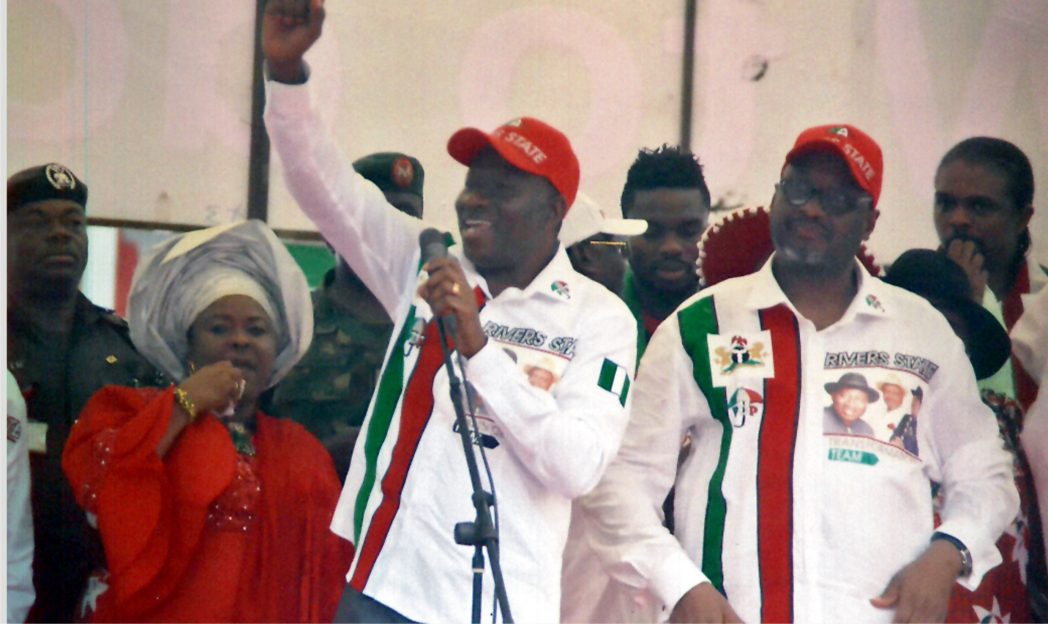 The Governorship candidates of all the political parties contesting the February 28, 2015 elections in Rivers State now have the opportunity to present their ideas on how to pilot the affairs of the state, if elected into power, as an election debate session has been slated to hold this weekend.
Chairman of the Rivers State Council of the Nigeria Union of Journalists (NUJ) and Director of Mobilization, the Advocacy for Violence-Free Elections and Good Governance, Mr Opaka Dokubo, who revealed this on Wednesday during a press conference at the Temporary Secretariat of the state NUJ, in Port Harcourt, said the debate is put together in partnership with the union, National Association of Women Journalists (NAWOJ), Nigerian Institute of Public Relations (NIPR), a Coalition of Civil Society Organizations, Silverbird Communications, Cool/Wazobia/Nigeria Info, Radio and Television Theatre Workers Union (RATTAWU), among others.
Dokubo, who spoke along-side other coordinators at the press conference, disclosed that the debate, titled ‘’Rivers Decides’’, would be held at Silverbird Galleria, Abonnema Wharf Road, Port Harcourt, adding that six out of eight candidates contesting for the governorship of the state have already indicated interest to participate in the programme.
He said that debate was fashioned in line with standard practices aimed at giving the candidates the opportunity to present their agenda and strategies on how to governor Rivers State, as well as create opportunity for Rivers people to hear the candidates’ plans on the various issues and sectors as they affect the state and the people.
He stated further that the debate seeks to drive a message of violence-free elections in the state and promote sportsmanship and friendship among candidates and their supporters and as well as get all candidates to sign a peace accord as an assurance of commitment to violence-free before, during and after the elections in February.
According to him, panelists for the debate are drawn from professional bodies, the academia and the media.
While fielding questions from journalists, the NUJ boss confirmed that the six candidates who have indicated readiness to participate in the debate, have agreed to sign the peace accord as an assurance of their commitment to violence-free polls next month.
The chairman, however, refused to mention the political parties and the candidates who have confirmed their participation in the exercise.
‘’We do not intend to impose any rule on any political party. The funding may be much but we do not intend to have sponsors that would influence the debate. We are being careful ’’, he noted.
Dokubo, however, said they were not looking at the economic, financial and business angles but their interest lies in the overall interest of the people and the state, assuring that they would remain objective and neutral in the interest of the people and state.