The United States Secretary of State, John Kerry, yesterday said that any Nigerian politician found to have been involved in violence during the February’s elections will no longer be eligible for a US visa.
Kerry, spoke shortly after two separate meetings with Peoples Democratic Party presidential candidate, Dr Goodluck Jonathan, who is seeking re-election and opposition All Progressives Congress (APC) presidential candidate, Gen Muhammadu Buhari, in closed door sessions, in Lagos.
He noted that the international community was keenly interested in a violence-free 2015 general elections in Nigeria next month, adding that no country would tolerate any violence during or attempts to rig the elections.
US Secretary of State met the presidential candidate of the All Progressives Congress in the February election, Maj. Gen. Mohammadu Buhari (rtd), behind closed doors at the US Consulate on Victoria Island.
Kerry also met President Goodluck Jonathan at the State House, Marina, Lagos, behind closed doors.
But in his remarks later, Kerry said he was impressed with the outcome of meetings with Jonathan and Buhari on how to prevent violence during the polls.
He noted that the international community was keenly interested in a violence-free 2015 general elections in Nigeria next month, adding that any Nigerian involved in violence during February’s polls will no longer be eligible for a US visa.
Also speaking after the meeting, Jonathan assured of the independence of INEC, saying that the May 29 date for inauguration of new administration remains sacrosanct.
Both Jonathan and Buhari recently signed a non-violence agreement but that has not stopped sporadic outbreaks of unrest between supporters of their Peoples Democratic Party (PDP) and the All Progressives Congress (APC).
The Nigeria visit — the first by a US secretary of state since Hillary Clinton in 2012 — was announced on Friday during a speech in which Kerry warned of the dangers of Islamist extremists worldwide.
Kerry has previously described the attack on Baga as a “crime against humanity” while the United States has warned of the threat to Nigeria’s sovereignty posed by the militants, who want to create a hardline Islamic state in North East Nigeria.
Assistant Secretary of State, Linda Thomas-Greenfield has accused Nigeria’s military of being in denial about the threat posed by Boko Haram, which has captured dozens of towns in the last six months.
Nigeria’s ambassador to Washington had accused the United States of failing to provide the weaponry required to end the rebellion and Abuja also ended a US training programme for soldiers to take on the militants.
But Kerry addressed poll-related violence, which has blighted previous Nigerian elections, and which it is feared could erupt again, given the closely fought race.
The US official said Washington expects free, fair and peaceful elections in Africa’s most populous nation.
“This election in Nigeria is being watched by the entire continent and in fact by the entire world,” the official added.
The United States has pressed for the elections to go ahead, despite the raging insurgency.
Some 1,000 people died at the last elections in 2011 during protests in central Nigeria, where the predominantly Christian South meets the mainly Muslim North.
The US Ambassador to Nigeria, James Entwistle, has been drumming the United States Government’s non-violence stance to the ears of all key players in the political arena, from the president to National Assembly office seekers, and governorship candidates across the country.
In Abuja, the ambassador organized a non-violence lecture series, where President Goodluck Jonathan, Muhammadu Buhari and other presidential candidates signed up non-violence agreement, now called the Abuja Accord.
In Rivers State, the ambassador got the candidates of the APC, Dr Dakuku Peterside; PDP, Nyesom Wike, and Labour Party, Prince Tonye Princewill, to sign a non-violence pledge in Port Harcourt, last Thursday.
But despite the pledge, the APC rally slated for last Saturday in Okrika was disrupted by thugs suspected to be PDP supporters, who shot sporadically and threw dynamites into the venue, already being prepared for the event. 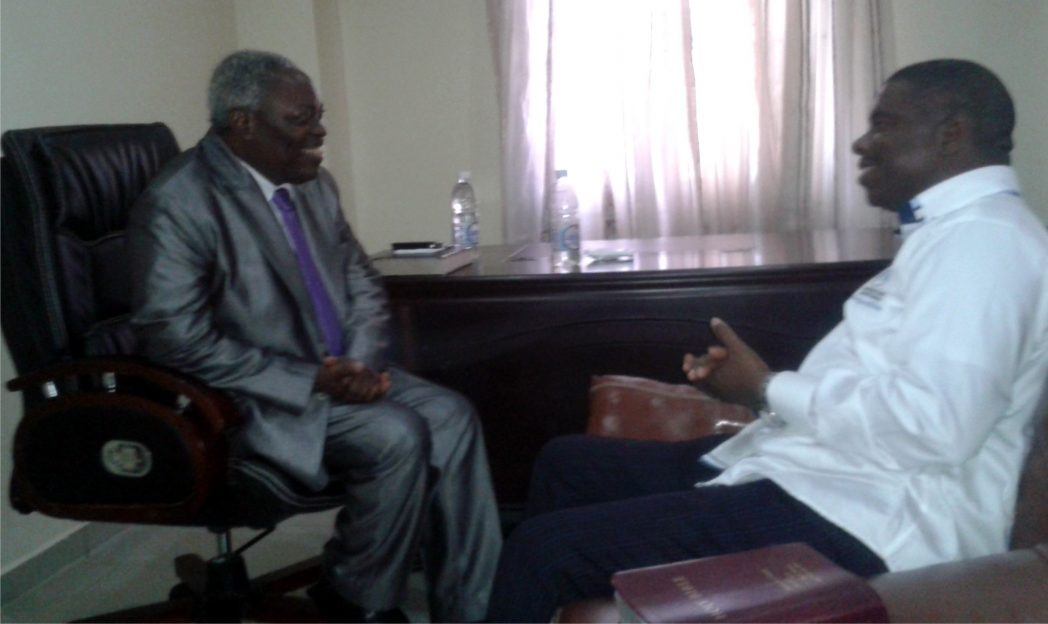