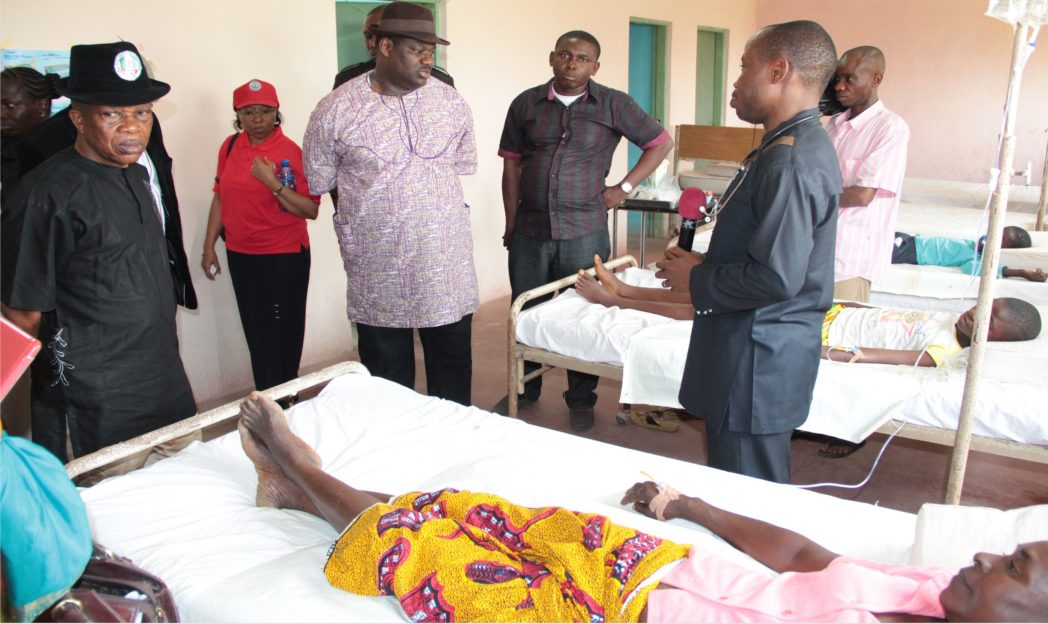 Rivers State Deputy Governor, Engr Tele Ikuru (middle) listening to an explanation by the doctor at a disease control centre, where Cholera victims are receiving treatment at Ngo, Andoni LGA.