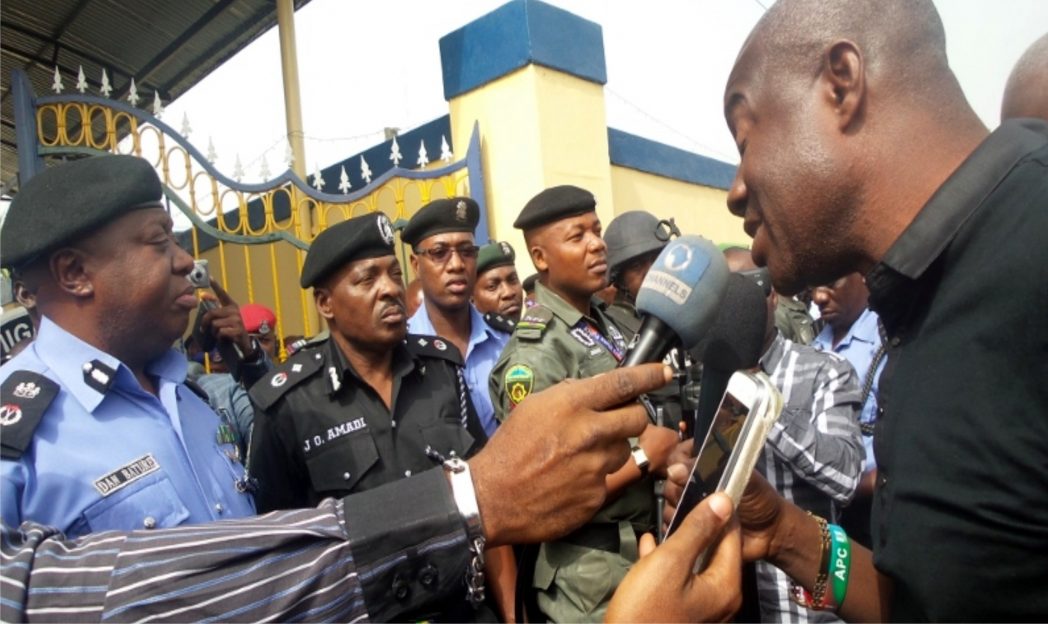 The governorship candidate of the All Progressives Congress (APC) in Rivers State, Dr Dakuku Peterside, has visited St Stephen’s Cathedral, Diocese of Niger Delta, Anglican Communion, Bonny, where he worshipped with the congregation and received the blessings and support of the church on his way to APC mega rally at Government School, Bonny.
The APC candidate, who was accompanied by his running mate, Honourable Asita, their spouses, APC state chairman and party supporters in Bonny Local Government, took time off their campaign to seek God’s face ahead of the February 28, election.
St. Stephen’s Anglican Church is particularly remarkable because of its rich history, being the oldest church in Niger Delta, founded by the famous African missionary, Bishop Samuel Ajayi Crowther over 150 years ago.
Bishop Sosthenes Eze, who presided over the church service, prayed for Peterside, and commended him for always seeking God’s face.
He described the APC candidate as a God-fearing and compassionate man whose benevolence and commitment to God’s work will surely count in this election.
He however urged him to remain steadfast to the things of God and to remember that God chooses a leader for a purpose.
He said, “When God appoints a leader, He wants that leader to work and solve the people’s problem. Therefore, God is bringing you for solution to the problems in Rivers State. But you must ensure you become that solution provider because you are capable, judging from your impressive track record. But I wish to remind you that this is God’s leadership, you are merely a servant.
“God has said that He is going to shock Nigeria. So, I want everybody to be prepared for what God is going to do,” the Bishop added.
Eze, who later laid his hands on Peterside and his entourage, asked God to bless the APC candidate and to grant him victory in next month’s gubernatorial election.
Meanwhile, the governorship candidate of the All Progressives Congress (APC) in Rivers, Dr Dakuku Peterside, said his administration would pursue peace in communities if elected.
Peterside said this at Abua, Abua/Odual Local Government, when he called on the traditional ruler of Abua kingdom, King Kaleh Obuge.
He said his administration would be committed to the restoration of peace and that he was in the area for his governorship rally.
“One of our cardinal programmes, if we are elected in February, is we will pursue peace in our communities.
“Nobody can talk of peace if you don’t look at the foundation that promotes peace; that is justice,” he said.
Peterside said love and unity promotes peace.
“Where there is no peace, if you like, construct the best road there, put the best electricity there; there will be no peace there.
“Your Majesty, we will need your support and partnership as we pursue peace in Rivers,” he said.
The governorship candidate also said his administration would assist farmers in the area through credit support to make them maximize their agricultural potentials.
He also assured that his administration would work with the Federal Government and the relevant security agencies to set up police stations in strategic communities in the area.
Responding, Obuge, who is the paramount ruler of Abua Kingdom, urged the state and federal governments to increase security in the communities through the erection of checkpoints and provision of gunboats to check crime in the area.

2015:Reps Want Use Of TVCs …To Probe Alleged Plan To Hack INEC Database