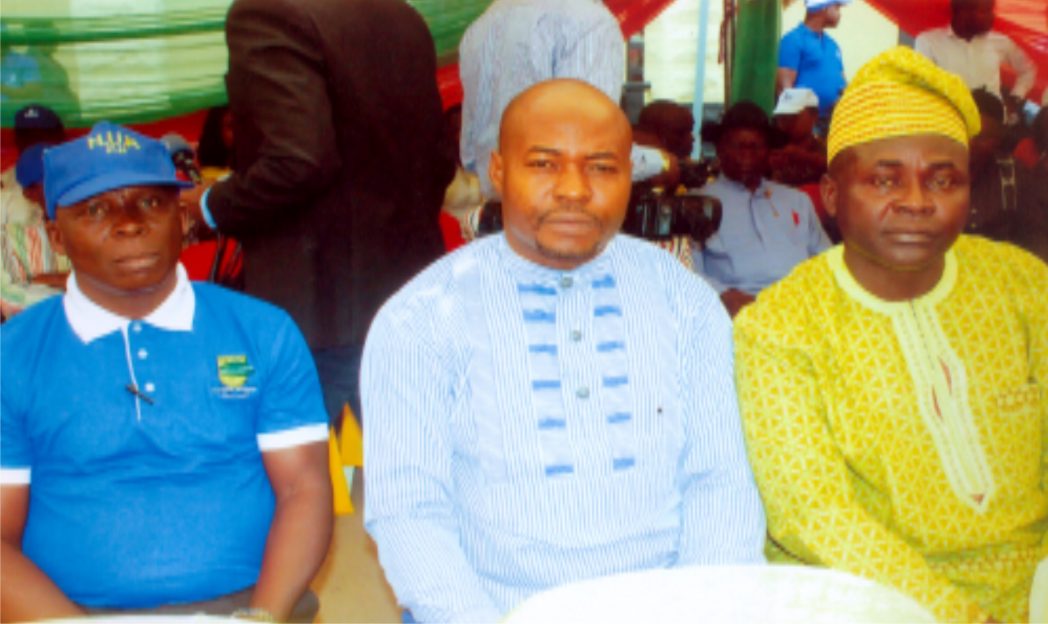 Barely few weeks to the 2015 governorship election, elders of Rivers State have given the national leadership of the Peoples Democratic Party (PDP) a week ultimatum to substitute its governorship candidate in the state, Chief Ezebunwo Nyesom Wike with a candidate from the riverine axis of the state.
The elders, under the auspices of Rivers Elders and Leaders Council (RELC) also appealed to President Goodluck Jonathan to prevail on the national leadership of the PDP to ensure the withdrawal of Wike in the interest of equity, justice and fairness to various ethnic nationalities that make up the state.
Chairman of RELC, Chief Albert Horsfall, who disclosed this yesterday while speaking to newsmen at Omagwa, near Port Harcourt, shortly after the meeting of the elders, said if by January 5, 2015, the PDP fails to substitute Wike, the people of the state would be mobilised to vote for the riverine candidate of any other political party that can win the 2015 governorship election in the state.
Horsfall said, “What we are saying here is that if the Peoples Democratic Party fails to substitute Nyesom Wike by January 5, 2015, all true Rivers people will vote en masse for the riverine candidate of any other party that can win election in Rivers State.
“Mr President is our son; we are appealing to him to prevail on the PDP to substitute Wike, but if they fail, we will encourage other aspirants to close ranks and produce a riverine candidate who has the potential to win the governorship of this state.”
He said, as elders, they were not opposed to the reconciliation initiated by the PDP governorship candidate, adding that true reconciliation within the party would commence once Wike withdraws as the party’s standard bearer.
The former Minister of State for Education yesterday, made a bold attempt at wooing women of the state when he presented Dr. Ipalibo Banigo, as his running mate ahead of the 2015 general elections.
Wike explained that he decided to choose a woman as his running mate as a result of the desire to create a place for women to play active role in the political and economic development of the state.
He stated that the task of choosing a running mate took him some time, attributing the situation on the rot in the governance of the state.
Describing Mrs. Banigo, who is a former Head of Service in the state, as a rare breed and a leader with uncommon traits, Wike expressed optimism that the ex-Permanent Secretary and Secretary to the State Government would join his team to rebuild the state.
Banigo, who is from Degema Local Government Area, attended various universities, including the University of Ibadan where she obtained her Bachelors of Medicine and Bachelor of Surgery (1976), the Harvard (1981) and the University of London (1990).
Speaking yesterday in Port Harcourt while presenting his running mate, Wike observed that though the history of the state was awash with the input of great women, no woman had been given the opportunity to hold an office as high as that of the state deputy governor.
He said, “The search has ended. Dr. (Mrs) Banigo is a rare breed and a leader with uncommon traits. She will join us to rebuild the state. Her choice was informed by the need to create a special place for women to play active role in the politics of the state. Since 1967 when the state was created, no woman has been given such an opportunity. Yet, the history of the state is replete with women of great achievements. The time has come to give women the chance to play pivotal roles in the state.
“Rivers PDP is determined to move away from the primordial era of treating women with disdain and indignity. We want to move away from the acts of our opponents who relish giving out token to women. As a first step, Rivers PDP decided that a woman should occupy the post.” He added.
However, Mrs. Banigo, in her acceptance speech, expressed gratitude to the party and the governorship candidate for picking her as running mate to Wike.
She observed the challenges facing the state and added that such challenges became tougher in the face of the dwindling revenue and security issues in the country.
Describing her nomination as the running mate to the PDP governorship candidate as an honour to Rivers women, Banigo pledges to bring her experience while serving the state to bare and ensure the empowerment of women.
She joined Wike to appeal to the women in the state to reciprocate the state PDP’s gesture and vote massively for the party in the forthcoming election.