Nigeria Football Federation (NFF) Chairman of the NFA Electoral Committee, Samson Ebohme said he is ready to conduct a better election soon, if the decisions of the Electoral Appeals Committee Chairman were anything to go by.
The NFF Electoral Committee Chairman, Okey Ajunwa, had on December 4 annulled the election of four persons into the NFA board citing abuse of electoral process.
The committee chairman subsequently gave seven days for a bye-election to be conducted for the annulled positions of the September 30 elections held in Warri, Delta.
The election of NFF President Amaju Pinnick and his Vice, Seyi Akinwunmi, as well as the elections of board members Felix Anyansi-Agwu and Rabiu Inua were affected in the annulment.
Ebohme, however, told newsmen that his committee members had a major role to play for the bye-elections to be possible.
He also said that the committee members’ contributions were necessary to ensure hitch free elections.
“I am only one member of the electoral committee and I have to get the input of the other members before coming out with a position on that appeals’ decision.
“This will help us conclude the process as quickly as possible without rancour,” Ebohme said.
He said the experience gathered in the conduct of the NFF board election held in Warri, Delta, was an eye-opener to his committee.
The electoral committee chairman also said that the decisions of the NFF Electoral Appeals Committee which annulled the NFF chairmanship election exposed certain things which his committee should work on.
“The decisions of the appeals committee have given us the reason to be more cautious while conducting election of this magnitude. “That decision and experience must come to bear in the future election; the experience we got in Warri will also be very useful to us,” he said.
According to Ebohme, the appeals decision which orders for a harmonisation of the Aug. 26 and Sept. 30 NFA board elections lists will not be difficult to achieve.
This, he said, was because the candidates had already been screened by his committee and the former committee led by Mr Amoni Biambo.
Ebohme explained that the only problem which could lead to candidate’s disqualification would be a situation where such candidate had an existing football matter in the court within or outside the country. 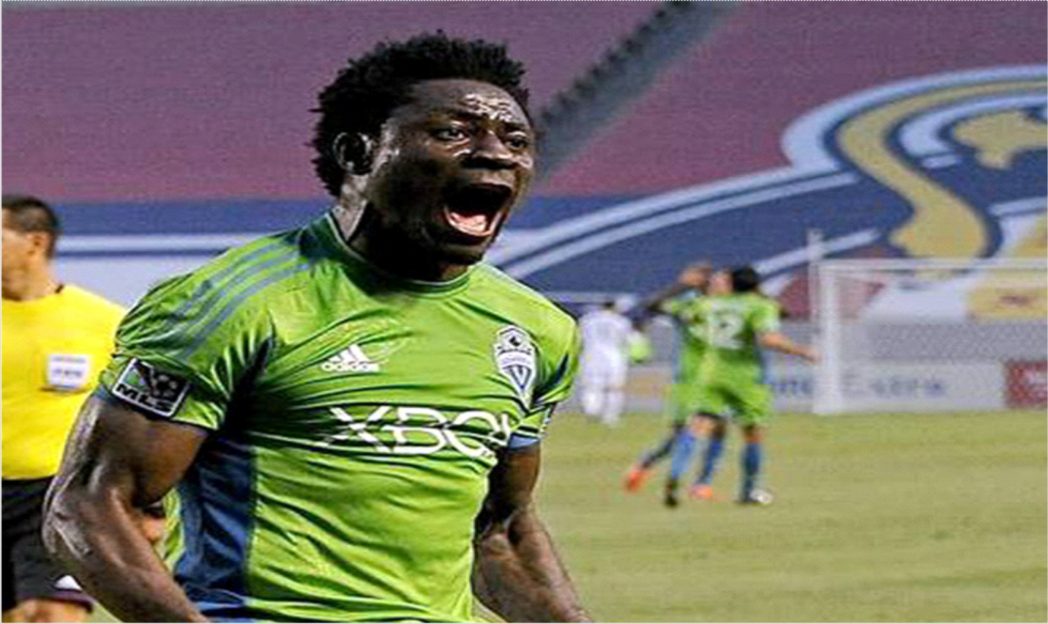 Obafemi Martins in a happy mood