Governor  Martin Elechi
of Ebonyi State has warned new coordinators of Development Centres in the State against acts detrimental to policies and programmes of the government.
The governor gave the warning in Abakaliki last Friday when he administered oath of office on the 28 new coordinators who replaced those he sacked on November 17.
According to the governor, the sacked coordinators worked against the mandate which they were given on appointment.
“As the government was intolerant of such acts, they had to leave.
“You should understand my ‘body language’ and understand the direction of government policies and actions.
“When you don’t understand the direction we are heading to, ask questions, as you cannot be moving towards another direction while the government moves towards a different one.
“The changes that brought you into office were regrettable, as I expected your predecessors just like my commissioners, to move in the same direction with me.
“They forgot that they were my personal members of staff just as Jesus Christ told his disciples: I choose you and not you choosing me’’, he said.
He reminded political stakeholders in the state that the appointment of coordinators remained his personal right, as he was not bound to consult anyone while making them.
“I can only consult when the need arises, as this is not the case of elective positions where the people have their say and elect candidates of their choices”, he said.
Elechi reminded the coordinators that “you are to serve the public and respect your local government chairmen who remain your bosses.
“You should be careful while dealing with financial issues, as I would not fail to sack any of you who gets involved in tax malpractices, forged educational credentials and poor behavioural record.
“You are presently part of the government; I therefore inform you that there would be no Peoples Democratic Party (PDP) House of Assembly primaries in Ebonyi, Taraba, Ondo and Adamawa on November 29.
“We had a lengthy discussion with President Goodluck Jonathan, the Vice President and party’s national chairman.
“We arrived at the decision. So, you are to ensure that there is no violence in your area of authority even at the highest provocation”, he said.
Dr Ben Igwenyi, the state Attorney General and Commissioner for Justice, said the appointment was done out of necessity, as previous appointments went through the State House of Assembly.
“Government had to ensure that the 28 development centres are active to achieve overall developmental objectives’’, hence their appointments.
Mr Emmanuel Amu-Chukwu, one of the new coordinators, thanked the governor for the appointment and pledged on behalf of others to be loyal to the government.
Our correspondent  reports that Ebonyi has 64 development centres.
Some of the new coordinators include: Mr Emmanuel Amu-Chukwu (Akaeze), Emmanuel Nome (Ezekoma), Friday Nwekpa (Inyaba), Jonathan Ebe (Ishiellu North) and Ejike Nnaji (Ishielu West), among others. 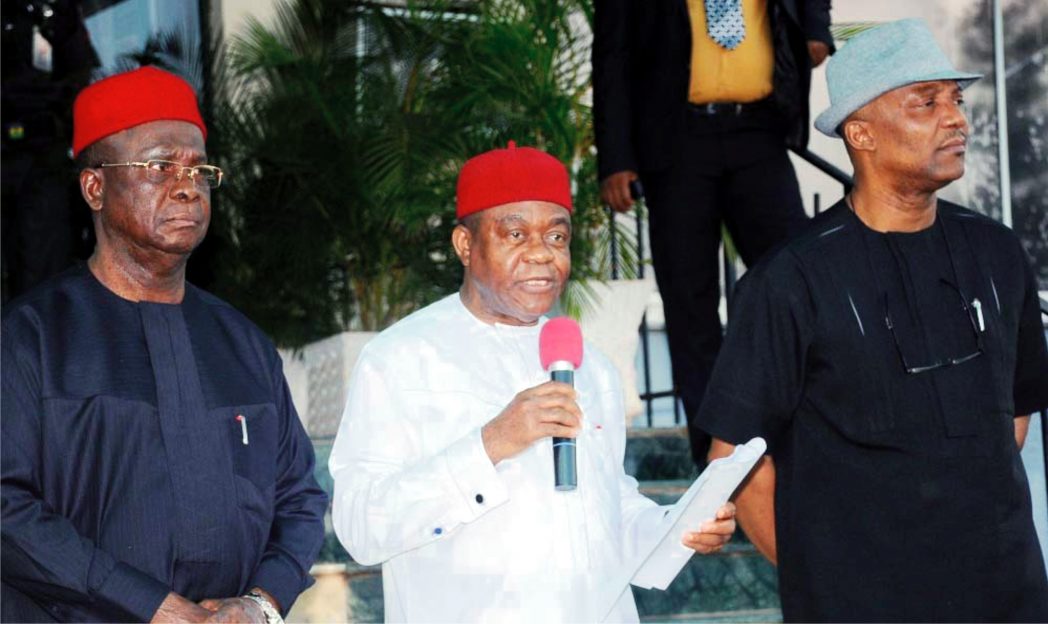