FCT
The U.S. Government has been urged to urgently supply
arms to the Nigerian military to effectively fight Boko Haram terrorists.
The Chairman, House of Representatives Committee on Civil Society and Donor Agencies, Prof Ini Udoka, made the appeal in Abuja on Monday.
He spoke during the signing of 9.2 million dollars grant to 15 Civil Society Organisations (CSOs) in Nigeria by the U.S. Government.
His remarks came against the backdrop of Monday’s attack on a school in Potiskum, Yobe by the Boko Haram sect, in which several students were killed.

President Goodluck Jonathan, on Monday, advised
Nigerians to emulate the legacies of the Premier of Northern Region, late Sir Ahmadu Bello, the Sardauna of Sokoto.
Jonathan made the call during the inauguration of the new secretariat of Ahmadu Bello Memorial Foundation in Kaduna.
He said the late premier lived a life of sacrifice and dedicated his life to the development of the region and the country.
Represented by the Minister of Special Duties, Alhaji Kabiru Turaki, Jonathan said that the Sardauna was a visionary leader who helped to industralise the region during his tenure as premier.
Katsina

Senator Ibrahim Ida, a Katsina State PDP governorship
aspirant, said on Monday in Abuja that the party would lose the state in 2015 if an unpopular candidate was imposed on the people.
He stated this on Monday in Abuja when he led a group of five PDP gubernatorial aspirants from the state on a protest to the party‘s National Working Committee (NWC).
Ida was a former Deputy Governor of Katsina State.
The other aspirants include Alhaji Tukur Jikamshi, Alhaji Gide Yar’Adua, Alhaji Ahmed Yar’Adua, Alhaji Kabiru Barkiye and Alhaji Mohammed Khalil.
He added that though Katsina was a stronghold of the PDP in the North West zone, it was also the home state of leading members of the opposition.
“Therefore, for the party to succeed in the 2015 general elections, it must field a popular and acceptable candidate,’’ he said.

Alhaji Hakeem Lawal, son of former Kwara State Governor,
late Admiral Mohammed Lawal, has promised to make life more abundant for the people of the state if elected as governor in 2015.
Lawal, who is contesting the governorship ticket under the umbrella of the Peoples Democratic Party (PDP), made the promise on Monday during an interview with newsmen in Ilorin.
He said though he was from a well grounded political family, the need to have things done differently for the progress and rapid development of Kwara informed his bid to contest for the governorship ticket.
“I am in politics to contribute my quota to the development of Kwara and make things done differently,” Hakeem said.

An Ikeja High Court on Tuesday remanded a Togolese,
Benjamin Sunday, in prison for allegedly stabbing one Gbenga Adigun to death with a broken bottle.
Justice Oluwatoyin Ipaye remanded the 18-year-old accused at the Kirikiri Medium Prisons, Apapa, after his arraignment by the Lagos State Directorate of Public Prosecutions (DPP).
Our correspondent reports that Sunday, who lives at No. 4, Haruna St., Ifako-Ijaiye, Lagos, is facing a one-count charge of murder.
The state prosecutor, Mr Akin George, said Sunday committed the offence on June 2, 2013 at Harmony Estate, Ifako-Ijaiye, Lagos.
George said that a dispute between the accused and Adigun degenerated into a fight and the former thereafter stabbed his opponent with a broken bottle, which led to his death.

The Peoples Democratic Party (PDP) in Niger said that 15
female aspirants shown interest to contest for various political offices in 2015 in the state.
Alhaji Hassan Shaba, Publicity Secretary of the chapter, announced this on Monday in an interview with newsmen in Minna.
He said that the aspirants would be given equal opportunity like their male counterparts, adding that the party was ready to support and guide them.
‘’As part of the party’s philosophy, female aspirants will be supported to contest with their male counterparts. We will not allow anything to hinder their vision of positive contribution.

Ondo
The Fourth Alteration to the 1999 Constitution has
gone through the second reading at the Ondo State House of Assembly.
The house, which was presided over by the Speaker, Jumoke Akindele, said a letter was sent to the house by the Clerk of the National Assembly, Salisu Maikasuwa, to the state parliament to deliberate.
The two arms of National Assembly, comprising the Senate and House of Representatives, had earlier discussed critical areas of the constitution and made some amendments.
They include autonomy for local governments, separation of office of minister of justice and attorney general of the federation, establishment of House of Assembly Service Commission and independent candidacy.
Plateau

Sen Gyang Pwajok last Monday expressed “deep
disappointment’’ over the  disappearance of voters’ records in 161 polling units in Jos North Local Government Area and advised INEC to revert to manual registration.
Our correspondent reports that voters, who went to the affected polling units to collect their Permanent Voters’ Cards (PVCs), returned home disappointed as there were no INEC officials at the units.
The commission’s officials later explained that the records had been completely wiped out.
“It is inconceivable that such an important data can be completely wiped out without appropriate back-up after it had been relied upon for several elections,’’ Pwajok said
He made the statement when he visited the INEC office of the local government area to lodge his constituents’ complaints.
He suggested that the manual register be kept as a handy back-up so as not to disenfranchise the “more than 110,000 voters’’ whose records had been wiped out.

Taraba
Alhaji Babaji Buba, the Chairman, Local Miners Association, Nguroge, Taraba State, last Tuesday appealed to the state government to provide amenities in the mining village in the area.
Buba told newsmen at Sardauna, that the miners were in dire need of a health centre, potable water and telecommunications network.
He said that the provision of these amenities in the “Blue Village” would boost the morale of the miners to be more productive.
The chairman noted that the discovery of the mine in December 2013 had provided a source of employment to the teeming youths, thereby increasing their income and reducing crime rate in the area.

Yobe
Former Vice-President Atiku Abubakar has expressed
outrage over the bombing of the Government Technical Science College, Potiskum, Yobe, by a suicide bomber dressed as a student of the school.
Atiku, in a statement by his Media Officer, Malam Garba Shehu, on Monday, said that the latest bombing was needless.
According to the statement, the deaths of young and promising Nigerian school children underscored the need for the government at all levels, elders and opinion leaders to find a permanent solution to the problem of insurgency.
It noted that the tragic incident was not the first time that innocent young people were subjected to violence and untimely death in their quest to get an education. 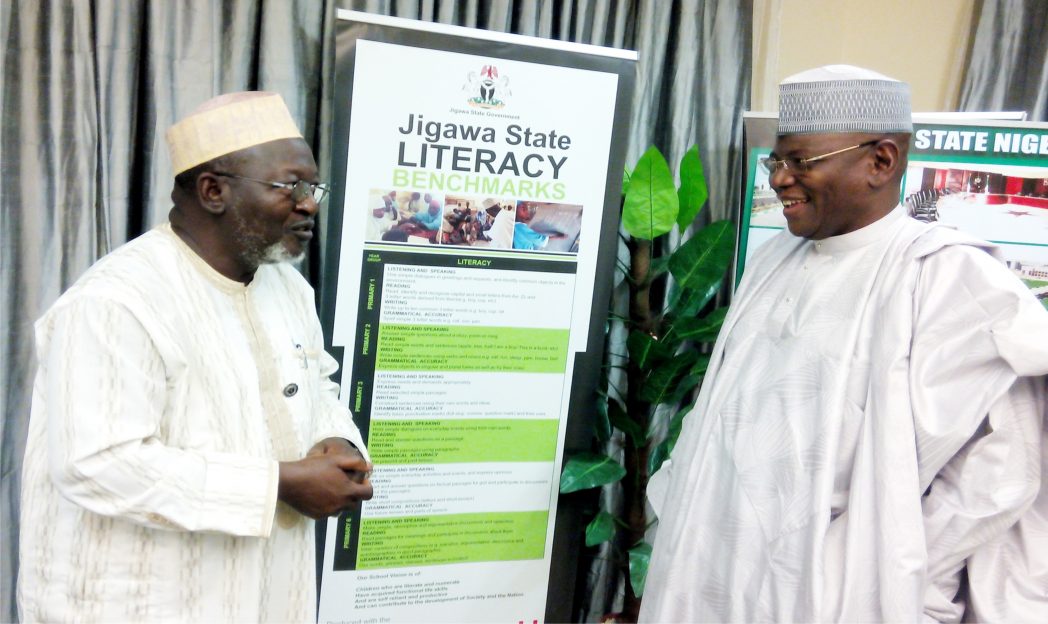