It is an unusual imagi
nation to associate the woman’s health with development even of a country’s economy. Father from thinking as it seems, it is a fact that outside the good health of the woman, there is the threat of an unbalanced progression with development of a  unit/family or nation moreso, with the sustained male dominance in the Nigerian system.
The Medical  Women’s Association of Nigeria (MWAN), Rivers State Branch, at her just concluded 2014 Week/Pink walk, October with the theme The Role of Medical Women In Women’s Health for Sustainable Developemnt held at the Atlantic Hall, Hotel Presidential, last Monday, made it a point of discourse in creating the awareness and realization in the minds of all and sundry for a rethink and subsequent achievements of a sustainable health of the woman.
Speaking shortly after the opening ceremony, the Executive Secretary, Rivers State Primary Health Care Management Board and Keynote speaker, Dame Dr Claribel Abam told The Tide’s Women’s Desk that the good health of the woman cannot be disassociated with the nation, maintaining that the failure of the former adversely affects the success of the latter.
Abam who was a pioneer member of the MWAN in the state said “it is obvious that the woman is the key that holds the family and the family units hold the nation’s economic development. It is the effect from the units that sustains the overall economy and so, if the woman in general is sick then there is a problem at the centre and this will affect the health of the nation in terms of growth and development.”
Revealing the motto of the association as ‘To heal with the love of a mother,  Abam stated that the woman has as nature the ability to treat her children so dearly. Especially when they are sick, she strive to ensure that health is restored no matter what it takes, revealing that that was the exact function of the MWAN particularly as it affects the woman.
“Knowing the place of the woman in the home, community and nation at large, female medical doctors and particularly members of the MWAN are encouraged to treat their patients especially the women as a mother would treat her children. This will go a long way to helping us achieve what we clamour for.”
Abam who disclosed the roles of the MWAN to include working to promote the health of women, influencing government to implement policies that would positively affect the health of women among others recommended that the medical women/women doctors get involved in politics in order for their voices to be heard.
She said, “as a female medical doctor, you don’t just have to sit down there and talk and expect that it will be heard. Join politics. Get into policy making and influence policies that will affect the lives of women positively.
The secretary of the Rivers State Primary Health Care Management Board, further stated that the MWAN in the state had been involved in various contributions to women’s health development, adding that it’s activities had been characterised by cancer awareness, Health promotion exercises and Medical School Health talks, revealing that this had earned the association a grant from Ford Foundation to implement Adolescent Friendly Health Services in Andoni Local Governemtn Area of the State with effect from this month.
Also, the state Commissioner for Health, Dr Sampson Parker while declaring the occasion opened noted that the health of the woman is important for the smooth running of the home and society at large.
Represented by the Ministry’s Permanent Secretary and another pioneer member of the MWAN, Dr Nnesochi Offor, Parker said ‘from statistics, more females enrolling into the medical school is a sign to show that the health of women and people of Nigeria will be greatly increased.I also commend MWAN for offering themselves as volunteers in the Isolation Centre in the fight against Ebola.”Earlier in her speech, the President-Elect of the Rivers State Branch of MWAN, Dr Rosemary Ogu outlined aims and objectives of the association to include providing opportunity for medical women to confer at regular intervals, discuss the health problems of the communities they serve and take collective action to alleviate and promote the well-being of the various communities as well as providng the forum for discusions and interchange of ideas with government, the public and international organizations on social and political problems that directly or indirectly affect the health of women and children in the country.
Ogu further called on other female medical doctors to join the MWAN in promoting the health of their fellow women in order for the economy to thrive.
As echoed by the MWAN in this weeklong celebration, it should be noted that the woman is the lifewire of the family and nation at large. It has therefore become imperative that the health of the woman become the priority of not only the female medical doctors, but husbands, children and the family at large, having in mind that this has a direct bearing on the health of the nation’s economy. 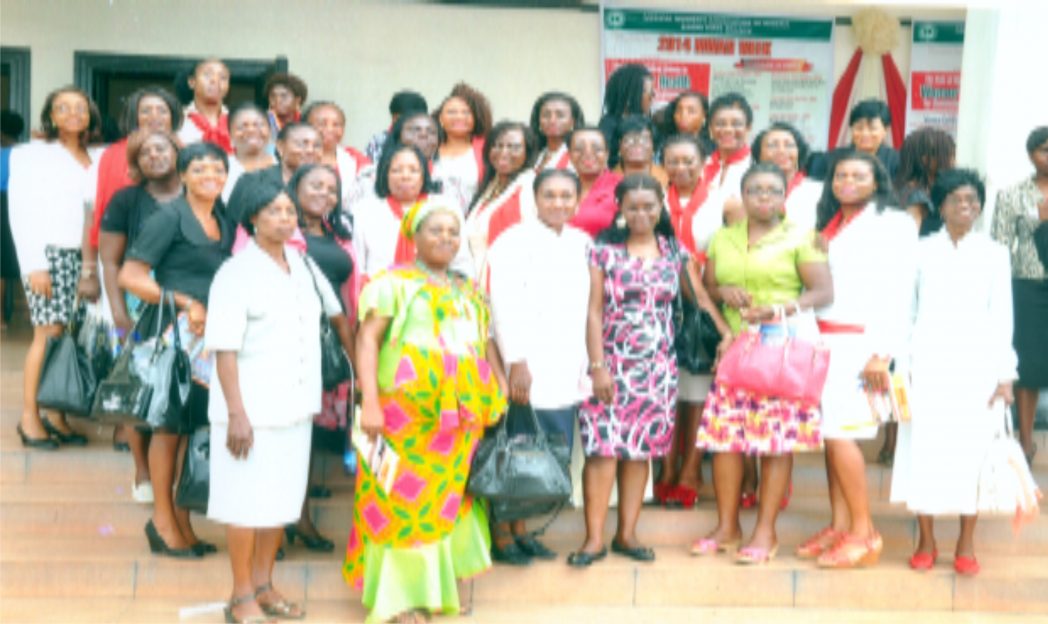 CDV: The Challenge Of Birth Control

Between Marriage And Happiness