Council (NSC) has said it would comply with a Federal High Court order which restrained it from implementing a notice reversing storage charges at the seaports.
The Deputy Director, Public Affairs of the NSC, Mr Ignatius Nweke told our correspondent in Lagos that it would not do anything to undermine the judiciary.
“Yes, as a law-abiding government agency, we will abide with the court order,” he said.
It will be recalled that members of the Association of Shipping Line Agencies (ASLA) had on last Friday, secured a court injunction restraining the NSC from acting upon a notice it published.
The notice indicated a reduction in the shipping lines’ agency charges among others.
The members of the association include, Alraine Shipping Agencies, Cross Marine Services, CMA CGM Delmas, Comet Shipping Services, Grimaldi Agency and Gulf Agency.
The others are Hull Blyth Nigeria Ltd, Lagos and Niger Shipping Agencies, Maersk Nigeria Ltd, Mediterranean Shipping Company, Mitsui OSK Lines, PIL Nigeria Ltd and Sharaf Shipping Agency.
The suit number FHC/L/CS/1646/2014 was filed on behalf of ALSA and its members by a Senior Advocate of Nigeria (SAN), Mr. Chidi Ilogu.
Justice Ibrahim Buba, who granted the order, had earlier granted a similar order in favour of the Seaport Terminal Operators Association of Nigeria (STOAN).
The order was to restrain the Council from implementing a notice reversing storage charges at the nation’s seaports.
Buba gave his ruling on an ex-parte motion brought before him on behalf of the terminal operators by their counsel Mr Femi Atoyebi (SAN) and Mrs Funke Agbor.
He granted an injunction restraining the NSC and/or its agents from implementing the reversal order pending determination of the substantive suit.
He adjourned the matter to November 10 for further hearing.
It will also be recalled that the NSC had on Wednesday last week, published an advertisement announcing the reversal of storage charges at the ports.
NSC also ordered an increase in the free storage period at the port from three days to seven days.
The council equally directed shipping companies to reduce their shipping line agency charges from N26,500 to N23,850 per TEU and from N48,000 to N40,000 per FEU.
It also directed shipping agencies to refund container deposits to importers and agents within 10 working days after the return of the empty containers. 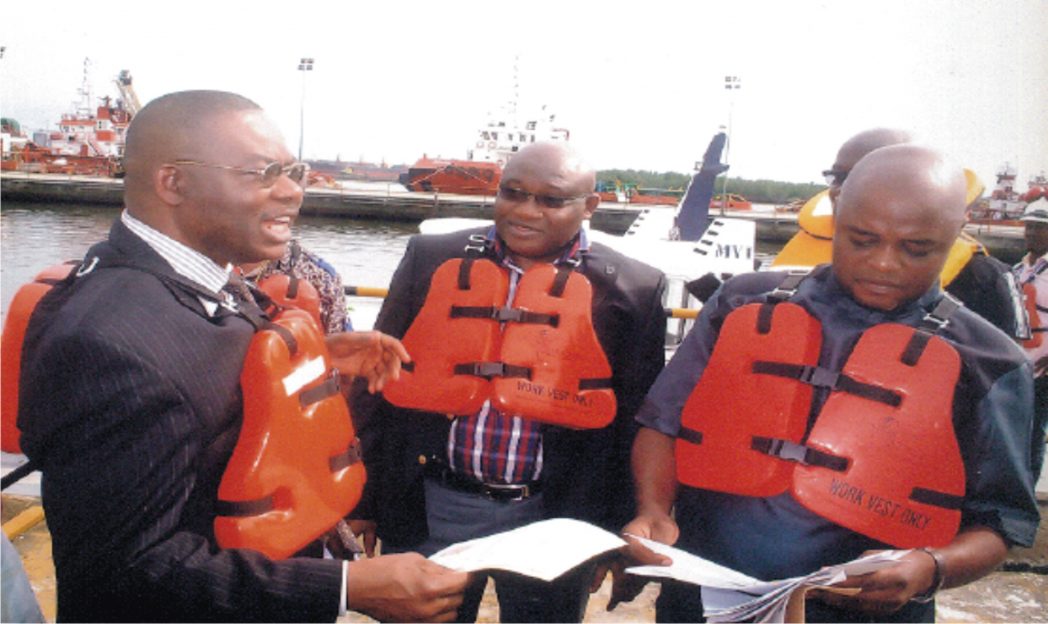