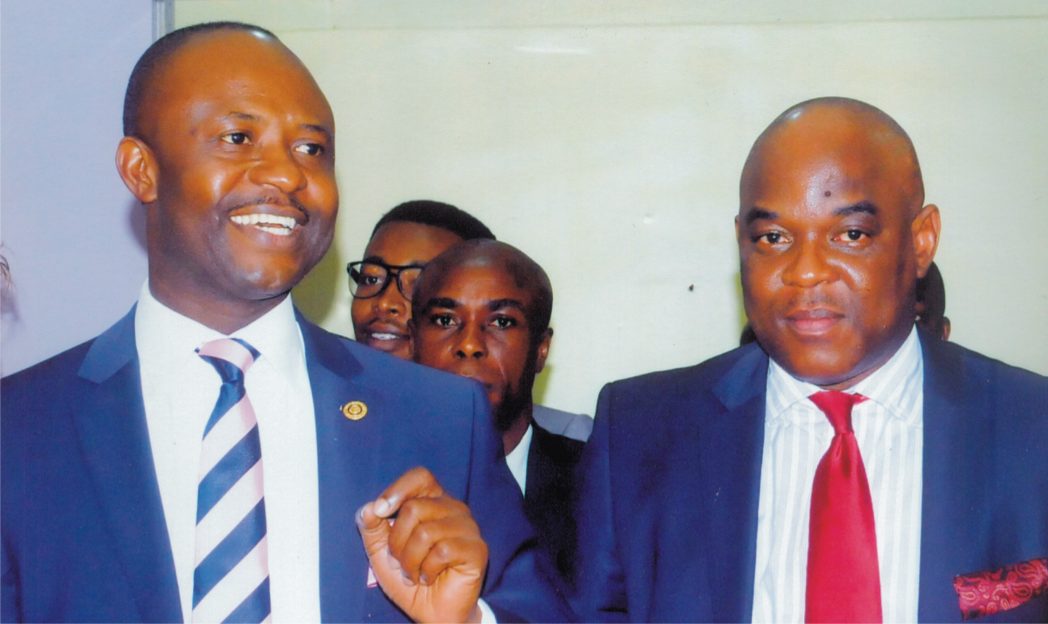 The Borno State Governor, Mr. Kashim Shettima has expressed worry on how Boko Haram had taken over eight out of the 27 local government areas of the state.
Shettima who disclosed this yesterday while receiving members of the Federal Government Sub-committee of the Victims Supporters Fund in Maiduguri. He said that the continued attacks on communities in the state had created hardships on the people.
He said, “The insurgents have taken over nearly eight LGAs in the state. “They have taken over Gamboru-Ngala, Kala-Balge, Marte, Dikwa, Gwoza, Bama, Askira-Uba and part of Konduga local government areas. “The insurgents have also carried out recent attacks in Abadam, Kukawa”.
Shettima, however, expressed optimism that the insurgency would end in a short while, saying “I strongly believe that there is light at the end of the tunnel. ‘We are going to bounce back very soon by the grace of God”.
Speaking earlier, the sub-committee chairman on data collection, Retired Air Marshal Jonah Wuyep has commended the governor for his supports to insurgency victims.
‘We commend the responsible leadership of Shettima for what he has been doing in helping victims of insurgency in the state,” Wuyep said.
He said that the state alone could not be able to effectively provide help to victims of insurgency, especially with the renewed attacks on villages.
Wuyep said, “The Federal Government will step in to provide supports to the IDPs. The sub-committee was set up to gather data on the number of IDPs and infrastructure that were destroyed for government to intervene. “Our sub-committee was set up to get the details on the ground so that government can intervene”.
He said that the sub-committee decided to visit Borno fist because of the enormity of damage done by the insurgents in the state.
Meanwhile, members of the Boko Haram, have instituted Shara law in Mubi, Adamawa State which captured last week.
The insurgents were also said to have amputated the hands of 10 residents said to have been found guilty of sundry offences, including looting of property of fleeing residents.
Sources in Mubi town said they saw the terrorists parading 10 persons whose hands were said to have been amputated.
The victims were said to been amputated in the presence of residents the insurgents asked to converge to witness the enforcement of Sharia law.
An eye witness account indicated that two imams were dragged out from a mosque and beheaded for allegedly preaching against Boko Haram. The insurgents also advised all Christians in the Mubi Local Government Area to relocate to other areas except they were prepared to be islamised or be killed.
The source further said that the Emir’s palace in Mubi had been converted to the residence of the ‘Amir’ and that the insurgents hoisted their flags to signify that they were in control of the palace.
Our correspondent learnt that the most affected by the development in Mubi were students of the Adamawa State University and the Federal Polytechnic, Mubi.
The students were said to have gone through torture before some of them reportedly escaped through the border between Nigeria and Cameroun. Some of them were said to still be in the bush.
“I must give thanks and praises to God almighty for spearing my life; I saw as people were being slaughtered like goats. I am to happy to see myself alive”, a female student of the Federal Polytechnic, told our correspondent in Yola on Sunday.
The insurgents said their mode of prayer was different from what Muslims in the twon were used to and that they were “in Mubi to restore Islamic indepdence to the people and anybody who does not follow us must be killed”.
“We are not to hurt anyone but to free the people from religious salavery”, a source quoted the insurgents to have said.
Meanwhile, the Deputy Governor of Borno State, AlhajiZanna Mustapha, has said that the Federal Government needs to adopt more stringent measures against Boko Haram in the North-East.
Mustapha told journalists on Monday at the Government |House, Yola, that the state governments of Adamawa, Borno and yobe had raised the alarm over the future of their states as a resulf of rising occupation of towns and villages by Boko Haram.

‘Niger Delta May Submerge In 30 Years’