The Federal Road Safety
Corperation (FRSC) has sought the collaboration of the media in checking overloading of vehicles by drivers, especially the commercial ones.
Mr Boboye Oyeyemi, Corps Marshal and Chief Executive of the corps, made the appeal last  Monday in Abakaliki, during a familiarisation tour of the Ebonyi Sector Command.
According to him, the stakeholders in the road safety project, especially the mass media have a great role
to play in checking the trend which contributes greatly to carnages recorded on the nation’s roads.
“When the media sees any car that is overloaded, take a photograph of the vehicle with its particulars such as the number plate and report immediately to our office we will respond immediately because the corps is determined to check overloading which has been persistent in spite of our numerous enlightenment campaigns for drivers to desist from the act.
“This campaign will be sustained strongly in these Ember months which normally records increased volume of vehicular movements, as drivers excessively load their vehicles to make gains,” he said.
The corps marshal explained that the corps would soon start checking rickety or ill-maintained vehicles which ply various roads in the country.
“We are enlightening motorists to ensure they remove all rickety vehicles from the road to check incessant obstruction which cause accidents,” he said.
Oyeyemi announced that the corps had entered into agreement with various transportation organisations to enforce the installation of speed limit devices by June.1, 2015.
“This will help in checking the carnages on the roads caused by over speeding, as the unions have cooperated with us in checking excessive speeding by drivers.
“The accepted maximum speed limit is 100, as this device will ensure that no matter the level of acceleration by drivers, the speed limit can still be checked.
“It will also ensure that even in cases of loss of vehicle control, dangerous overtaking, among others; the driver can still control the vehicle to safety,” he said.
During a courtesy call on Gov. Martin Elechi, Oyeyemi noted that the corps would always ensure that Ebonyi’s quota on recruitment and other privileges would be protected.
“We are encouraged with the level of synergy between the corps and the state government, and we are determined to ensure that roads in Ebonyi and those of other states, are free from crashes,” he said..
Responding, Elechi commended the corps marshal for the enthusiasm he had displayed in discharging his duties and noted that the state would always support the corps to achieve its aims.
“We are concerned about the rate of road dilapidation across the country as I call for enhanced synergy between the corps and the state ministry of works and transport to check this trend,” he said.
Contributing, Mrs Anna Abhiele, Ebonyi Sector Commander of the corps, commended the corps marshal for his effective leadership and assured that the Ebonyi sector command would always strive towards excellence. 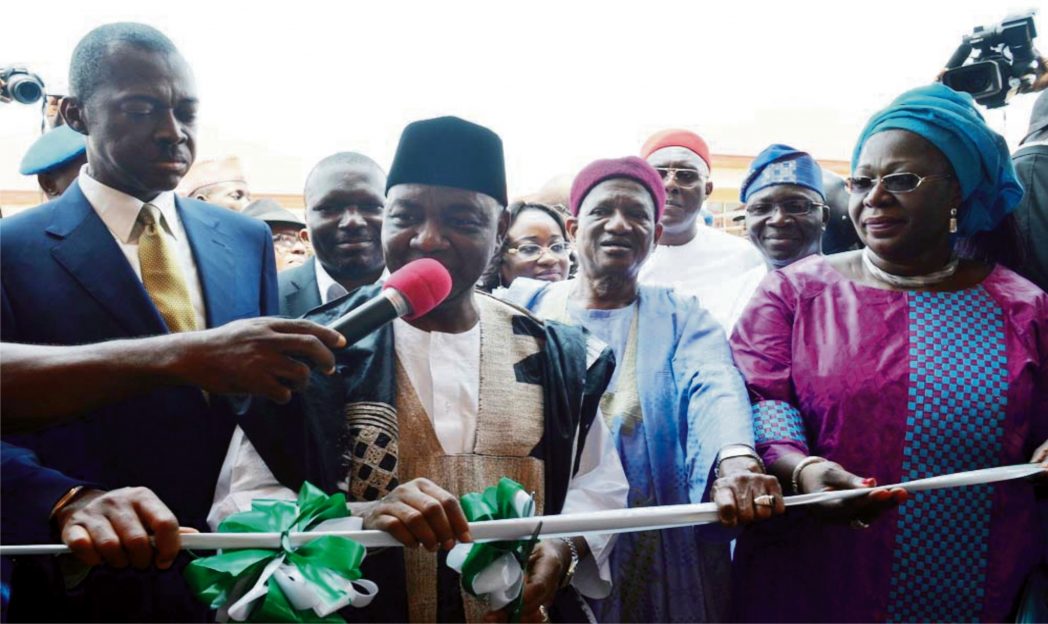