The Rivers State Government has assured members of the Primary Health Care sector of the Medical and Health Workers’ Union of Nigeria, that there is no going back on the promise of transferring their salaries from the Local Government Councils to the Primary Health Care Management Board.
The State Commissioner for Health, Dr. Sampson parker gave the assurance while addressing protesting members of the union at Government House gate on Wednesday.
Parker said the Rivers state Government is on their side as it has taken the decision which has been signed by the Secretary to the State Government (SSG), and other relevant government functionaries, Governor Chibuike Rotimi Amaechi , he said has directed, salaries of the Primary Health care Workers should be transferred to the Management Board and no longer go through the Local government Councils.
He said the Nigeria Labour Congress (NLC) and the trade Union Congress (TUC) had been informed of the activities of the Nigeria Union of Local Government Employees (NULGE) that if not checked, could lead to anarchy, adding that no matter their warning strike, Government would stand by its word, and re-assured the Health Workers that Government is backing their agitation.
Earlier, Chairman of the Primary Health Care Sector branches of Medical and health Workers , Union of Nigeria, Rivers State Council, Comrade Reuben Wecheonwu, recalled that about two years ago, the workers embarked on a state wide strike to protest the gross marginalization meted to them by the Executives of NULGE in terms of payment of approved and appropriate salaries and allowances on CONHESS, as well as issues of welfare and fringe benefits, but suspended the strike few days later when NLC and TUC intervened and the State Government promised to resolve the issues.
Wecheonwa said the issues were yet to be resolved and highlighted their demands which include payment of CONHESS Arrears from March 2011 to June 2014, payment of HAPPS arrears, to the tune of N261,388,819.74 approved for payment by the State Government, payment of 38 months unified salary structure arrears for Health Workers in the 23 LGAs, implementation of the last Senior Staff promotion among others.
He hinted that their peaceful protest march was to call on the Rivers State Government and the Chairmen of the 23 LGAs to disregard the claim and empty threat by the NULGE President in the State, Franklin Ajinwo, and go ahead to implement the agreement reached on the transfer of the Health Workers salaries to the Primary Health Care Board as well as address other issues, which are already impacting negatively on the health of the people.
According to him, World Health Organisation (WHO) report has it that over 10,000 children are currently un-immunised in the state and the immunization coverage had dropped from 100 per cent to zero per cent due to the on-going strike by the health workers in the 23 – LGAs. He pointed out that the development could cause a possible outbreak of vaccine preventable and other communicable diseases which would be more devastating than Ebola which had been successfully prevented in Rivers State.
The protesting Primary Health Care Workers numbering over 200 marched from Government House to NLC Secretariat at D/Line with some of their placards reading, “Our Governor, dismiss NULGE threat with mere wave of hand; Gov. go ahead to transfer the Health Workers salary to Board; NULGE, stop stealing health workers salary; Transfer of health Salaries to PHC Board in line with the law among others. 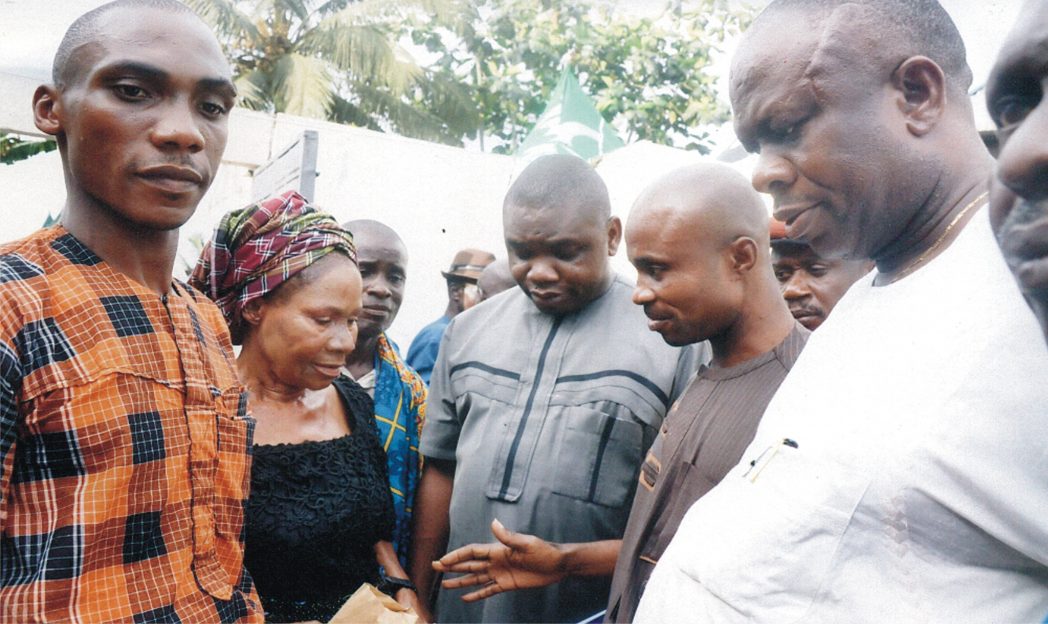 N19bn: We’ll Use It For Salaries, Projects -Amaechi